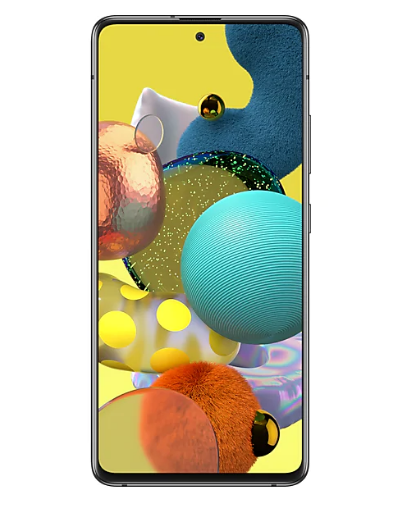 The Samsung Galaxy A51 5G features a whooping quad rear camera setup which consists of a 48-megapixel main camera, a 12-megapixel ultrawide camera, 5-megapixel macro camera and another 5-megapixel depth camera. The rear cameras has HDR and Panorama mode features. They can also shoot 4k videos at 30fps.

On the front camera, it features a single 32-megapixel selfie camera which has HDR feature and can also record 1080p videos at 30fps. 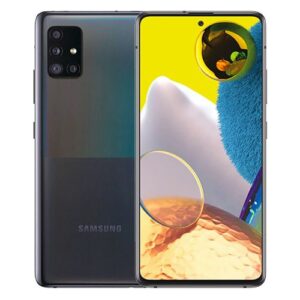 On the rear panel, we have a quad rear camera that are placed with a LED flash in a square-like module and below is a Samsung tag, which indicates it’s a Samsung smartphone.

The Galaxy A51 5G is powered with a superb octa-core Exynos 980 processor which is accompanied with a Mali-G76 MP5 graphics for an amazing gaming experience.

On the storage, it houses a whooping 128GB internal storage and a 6GB/8GB RAM. It also has a memory expansion option via microSD card.

It runs Android 10 version of operating, which is supported with Samsung’s One UI 2 user-interface.

We have 5G support on this device which means we will have 5G internet speed. Other connectivity includes Bluetooth 5.0, WiFi, 3.5mm headphone jack.

The device is powered with 4500mAh Non-removable Li-Po Battery and has 15w fast charge technology.