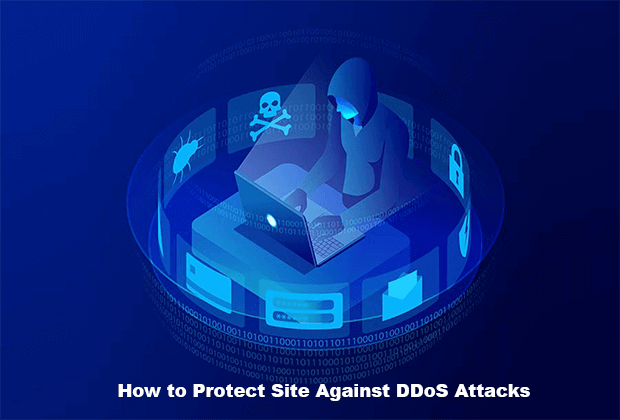 Market sharks already know the algorithms to combat DDoS attacks and easily ensure the stable operation of their sites.

Before we continue, let’s look at what a DDoS attack is all about

What Is a DDoS Attack

A DDoS attack (Distributed Denial of Service) is a distributed network attack, which aims to fully or partially disable the website. In a DDoS attack, users lose access to the resource, and the business that owns it runs the risk of losing profits and leaking customer data.

How a DDoS Attack Works

Hackers infect the computers and phones of ordinary users with a virus, such as a Trojan, and create a network of them. It’s called a botnet, and the devices it contains are called bots or zombies. Moreover, computer and phone owners are not even aware that they are helping cybercriminals: their devices work as usual.

Attackers remotely control the bots and force them to attack the selected site. The infected computers and smartphones execute malicious network requests, causing the server to fail and stop functioning for hours or days.

The Difference Between DoS and DDoS

The main difference is in the technical implementation. In a DDoS attack, cybercriminals use a network of computers, while in a DoS attack, they use only one device. Therefore, it’s much easier to prevent this threat. It’s enough to trace the IP address from which requests are made and block it.

Who Launches DDoS Attacks and Why

Hackers carry out attacks, either by themselves or at the request of their customers. The reasons for this are different: from personal enmity and fighting competitors to identity theft and extortion. Here are the most popular reasons:

How Is a DDoS Attack Dangerous for Businesses and Customers?

If your site is “ddosited”, you risk experiencing temporary difficulties in your work: for example, being out of touch with employees from different departments. In addition, you may lose:

The explanation is simple. During a DDoS attack, customers cannot get to your site and turn to your competitors, and companies lose the desire to partner with you for fear of repeating the attack.

Moreover, you are left with no money: you spend to restore your work and replace your equipment, and you lose your profits. To understand, for example, how much money is lost online, just look at the average statistics of online orders per hour or day, and then multiply that figure by the number of hours of downtime at the site.

During an attack, a company may also lose its reputation in the eyes of customers, especially if data is leaked, as well as in the eyes of other companies, which will affect the value of its assets.

How to Know if a Site Is Under Attack

A successful DDoS attack leads to the fact that the site partially or completely stops working. But it is possible to recognize the threat at the initial stage. For example, you will notice:

Having recognized the cyber-threat, you can connect the DDoS attack protection to the server and ensure its stable operation.

How To Check Your PVC Status Online (Full Guide) | voters.inecnigeria.org