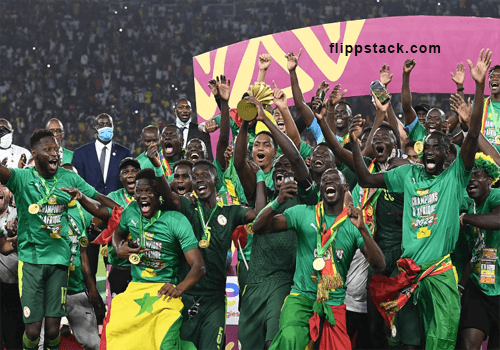 Sadio Mane’s last penalty kick was enough to see off Egypt and secure Senegal their first-ever Africa Cup of Nations with a 4-2 penalty after losing two finals.

The Liverpool star had missed an early penalty in the game but stepped up to make history for his country, and banish the memories of failing to win it in their previous two finals.

Senegal was the best team in the match but ended up missing so many goal chances that resulted in the match being decided with a penalty shootout.

Egypt missed two of their penalty with goalkeeper Edouard Mendy saving Mohanad Lasheen in the shootout to allow Mane the chance to seal the win and gain just a reward for Senegal.

Mohammed Salah and Egypt was left disappointed as their wait to win their eight Africa Cup of Nations continues.

Ivory Coast was confirmed the host of the 2023 edition of the tournament.

Sadio Mane: Player of the Tournament