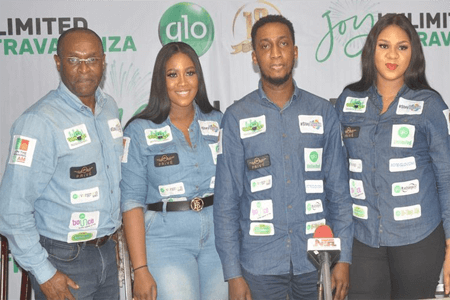 Glo has unveiled a new promo called Joy Unlimited Extravaganza Promo which customers will be able to win over 500,000 life-enhancing prizes this festive period.

The promo which was tagged Joy Unlimited Extravaganza was unveiled by Globacom at a press conference in Lagos on Thursday.

Globacom stated that the promo is a continuation of its various empowerment promotions including the recent Everyday Bonanza and My Own Don Beta promos where thousands of telecom subscribers went home with different prizes.

You may also want to read Glo 22X: Subscribers Rewarded With 22X Value on Every Recharge

They also revealed that it’s a way to appreciate its customers who have stood by the brand all over the years and also to commemorate its 18th anniversary underscored the need to unveil the promo.

According to the company, “Since 2003 when Globacom changed the paradigm at launch with the people-oriented offer ‘Per second billing’ the company has consistently brought innovation, quality service delivery and unequaled benefits to its subscribers in the past 18 years”,

It explained that over 500,000 prizes including different household appliances like fridges, television sets, generators will be won by customers across the country.

“There are also data prizes which will be won on a daily basis while the grand prize of a brand new Saloon car will be won by lucky subscribers across the country every month end throughout the duration of the promotion”, the company further explained.

To qualify for the promo, Glo revealed that a customer must recharge a total of N500 a week (Monday to Sunday), or N2,000 in a calendar month in order to qualify for the weekly and monthly draws, adding that all recharge amounts, physical, electronic, special (4x,5x, etc.) count towards qualification.

How To Participate In The Promo

To participate in the promo the company said customers should dial the dedicated USSD code: *611# on the Glo network.