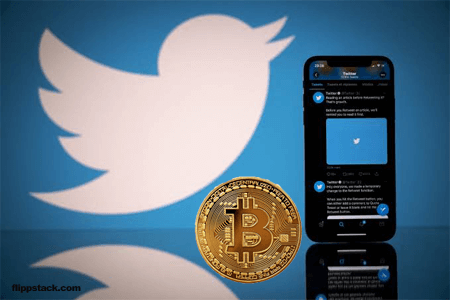 Twitter announced in a blog post that the tipping feature on its platform will accommodate more payment options, including Bitcoin.

The announcement read “Good news: our tipping feature – now called Tips – is rolling out to everyone with more payment options to choose from – even crypto.”

Twitter announced that people can now ‘tip’ with Bitcoin on its platform, using Strike, the American payment application platform that incorporates the use of the Bitcoin Lightning network to enable instant payments globally at virtually no cost. The company is known for making cross-border transactions easier for the people of El Salvador.

You may also want to read Twitter Ban: Nigeria Loses N247bn in 100 Days

It further stated “We want everyone on Twitter to have access to pathways to get paid. Digital currencies that encourage more people to participate in the economy and help people send each other money across borders and with as little friction as possible – help us get there.”

In the blog post, Twitter announced that its Bitcoin tipping feature will be rolled out to people on iOS first and plans to roll out options for Android users in the coming weeks.

Before now, the platform enabled payment applications like Cash App, Patreon, Venmo, Chipper, Bandcamp, Razorpay, and Wealthsimple Cash for users to add to their Twitter bios and individual Tweets to receive funds. Today, the platform added GoFundMe and PicPay to the list.

The announcement states, “Once you tap the service you want to use, you’ll be taken off twitter to the selected app to send funds. Twitter takes no cuts.”

Jack Mallers, the CEO of Zap, the company that created Strike, stated on his blog that Twitter is Strike’s first API partner. He said, “Today I am unbelievably excited to announce the Strike API and Strike’s first API partner, Twitter. Today, Twitter enables free, instant, global payments for its users with their integration of the Strike API. Starting today, Twitter will allow all iOS users around the globe to send tips over the Lightning Network.”

In the blog post, he further goes on to say that Strike’s partnership with Twitter will help put Twitter users under a singular monetary protocol for everyone on the planet. He said with Twitter, “Communication became borderless, instant, and accessible to anyone who opted into the network. The internet allowed people, communities, and companies to launch a product anywhere in the world to anyone in the world.”


He concluded his point by stating, “The communication protocol for the world now has a monetary network that achieves the same properties. What the internet did for communication, Bitcoin and the Lightning Network is doing for money.”