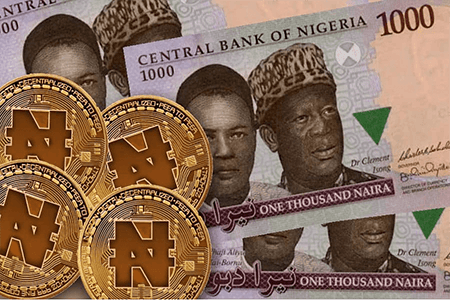 The Central Bank of Nigeria (CBN) announced on Wednesday the concluded plans for the launch of its Central Bank Digital Currency (CBDC), the e-Naira on the 1st of October.

This was disclosed by the CBN’s Director of Information Technology, Rukiya Mohammed, on Wednesday, in a webinar, themed: “Digital currency and the prospects of CBDC in Nigeria,” organized by the Committee of e-Business in Industry Heads (CeBIH).

The CBN director said 85% of Central Banks globally were working on their digital currency, citing rising digital payments in Nigeria compared to cash payments, which is declining in Nigerian also.

“CBDC would contribute to macro-economic growth in the country. If people adopt more of the usage of the e-naira, it would enhance more data to formulate macroeconomic policies,” she said.

“Also, when more countries have their own digital currencies, it would increase the exchange of currency and facilitate cross-border trade at a lower cost.

The e-Naira will not earn any interest to holders. The e-Naira is built on a blockchain open ledger technology. Creating the e-Naira on the blockchain means you cannot have a duplicate or fake e-Naira. Each e-Naira note will be unique.

According to Wikipedia, digital currencies exhibit properties similar to traditional currencies, but generally do not have a physical form, unlike currencies with printed banknotes or minted coins. This lack of physical form allows nearly instantaneous transactions over the internet and removes the cost associated with distributing notes and coins. Usually not issued by a governmental body, virtual currencies are not considered legal tender and they enable ownership transfer across governmental borders.

These types of currencies may be used to buy physical goods and services, but may also be restricted to certain communities such as for use inside an online game.