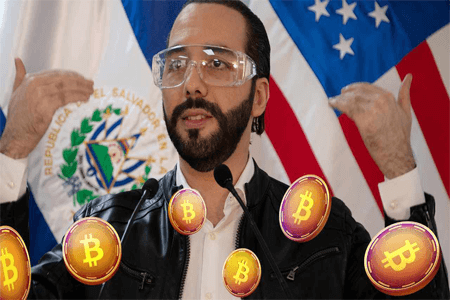 This announcement comes after Bitcoin dropped to a low of $45,000 in the Asian session which represents a 5% decline.

Bitcoin and altcoins started the week bearish with many altcoins such as EOS, ALGO, and LUNA posting double-figure losses for the day. The cryptocurrency market capitalization is down 5.54% to currently stand at $2.02 trillion. The market looks to be retesting the $2 trillion support zone.

This comes as concerns about the health of China’s economy and Beijing’s crackdown on tech firms continue to haunt the region, with stocks in Hong Kong dropping more than 3%. The Hang Seng Index declined about 3.18%.

Despite the drop in the price of Bitcoin, data from Glassnode suggests that the weekly on-chain exchange flow for Bitcoin recorded a negative flow of $1.1 billion. This means that Bitcoin is in high demand as the data suggests that there is a heavy accumulation of Bitcoin by investors, as $8.5 billion worth of Bitcoin was withdrawn from exchanges last week.

The cryptocurrency community seems to be reacting positively to El Salvador buying the dip. Lark Davis, who is the curator of the ‘cryptolark’ newsletter stated, “we now have a country buying the dip! El Salvador just bought another 150 BTC!”

The President of El Salvador ended his Twitter trend by stating, “Presidential advice,” suggesting that he advises others to buy the dip as his country has just done.

Bitcoin seems to be on the recovery towards the start of the London session as BTC is currently trading $45,770.