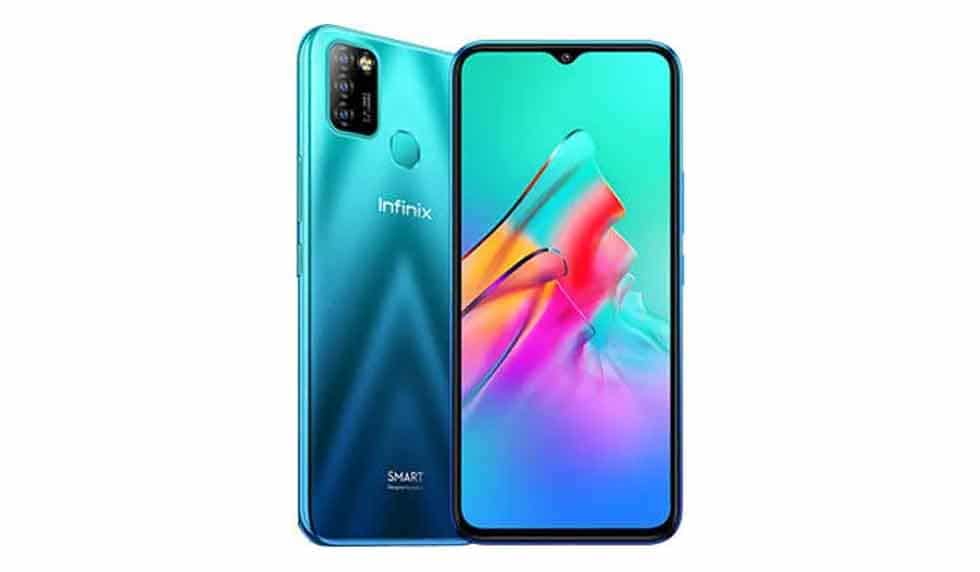 Infinix has released a budget smartphone into their Smart-series called the Infinix Smart 5. The smartphone was released yesterday and it’s packed with some amazing features such as a triple rear camera and a 5000mAh battery capacity. Will walk you through the price and full specs of Infinix Smart 5.

We have a single 8-megapixel front-facing camera that is supported with a dual-LED flash and can also record 1080p videos at 30fps. The front camera has a maximum image size of 3264 x 2448.

The smartphone comes with a glass front, plastic back, and plastic frame design which is similar to what we saw on the Infinix S5 pro. It will be coming in three colours which include Black, Blue, and Green.

At the rear panel, we have a square-shaped camera setup that houses the triple rear cameras and the triple LED Flash. Besides the cameras, we have the fingerprint scanner, and below is an Infinix and Smart tag which indicates it’s an infinix smartphone that belongs to their smart series.

The Infinix Smart 5 is powered by an octa-core processor which has a clock speed of 1.8GHz. It comes with 3GB RAM and 64GB inbuilt storage which has an option for memory expansion via microSD card up to 256GB.

The Smart 5 supports a 4G LTE network which means all internet surfing will be limited to 4G speed. Other connectivity includes Wi-Fi, Bluetooth 5.0, GPS, USB 2.0.

The smartphone is powered with a massive Non-removable Li-Po 5000mAh battery which has a talk time of 33hrs and a standby time of 35days.

The Infinix Smart 5 price was announced on the Infinix Nigeria twitter page, it will sell for 39,500 naira in Nigeria.