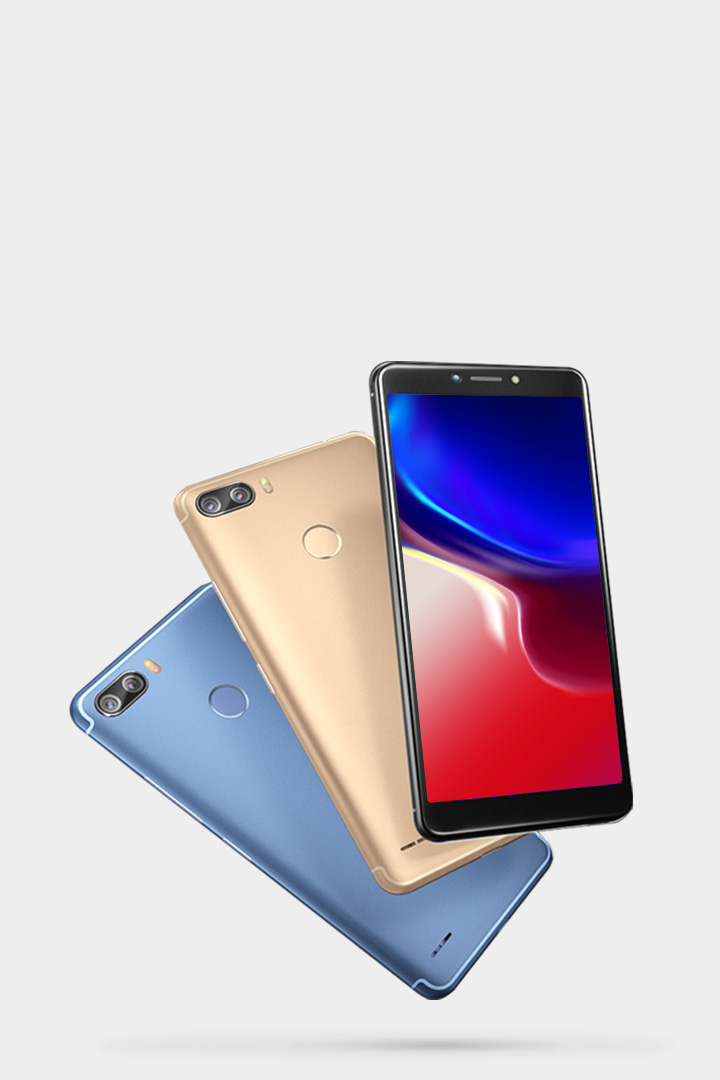 Android phones as we all know are the most popular phones around the globe today because of they are easy to operate and handle than other OS. Many manufacturers are now going into Android because of its little restrictions, giving them freedom to be more creative and also being able to differentiate their mobile phones model.

Many manufacturers are now producing cheap Android phones due to the high competition in the market today, everybody is now trying to match the budget of the low income customers thereby making smartphones more affordable.

Although their latest version is Android 10 but some devices runs Version 9.0 (pie), version 8.0 (Oreo), version 7.0 (Nougat) and few old ones still runs version 6.0 (Marshmallow). It is going to take few months before cheap phones start coming with Android version 10.

In this article, we will be exploring some of the best cheap android phones of 2020, going through their prices and specifications.

Tecno Spark 4 is one of the best cheap phones in 2020. It comes with Android 9 (Oreo) version of OS and powered by MediaTek’s Helio A22 (MTK6761) which guarantees sustained high-performance and reliable user-experience.

Tecno Spark 4 features a plastic build all round body and with a smooth round edges. It really fits into the latest trend of smartphones and it also features a notched 6.52-inches IPS LCD display, with a screen resolution of 1600 x 7200 pixels

Camera aspect, it comes with 13MP primary and with an aperture of F/1.8, 2MP depth camera and a QVGA camera. In front, there is an 8MP front-facing camera for selfies.

Storage Capacity, It comes with a 2GB RAM+32GB internal memory and an expandable memory capacity of up to 128GB through an SD card. It is powered with 4000mAh Non Removable Li-ion Battery and also has a Face Unlock security. Price starts around 36,000 Naira.

Itel S15 Pro is another smartphone that made the list of best cheap phones of 2020, It is an idea smartphone for people who love taking selfie because it came with a 16MP selfie camera. It features a triple rear camera of 8MP primary shooter, a 5MP secondary camera and a VGA camera.

Itel S15 Pro comes with Android 9 (Oreo) version of OS which is powered by Quad-Core (4) SpreadStrum-Unisoc with a processor speed of 1.6GHz and a 2GB RAM + 32GB internal memory which supports up to 128GB of SDcard slot.

It comes with 3000mAh non-removable Li-ion Battery. The price ranges around 41,500 naira in Nigeria.

Samsung Galaxy A10s is another great pick, we all know Samsung smartphones for their great user interface and Samsung did not disappoint in Galaxy A10s. It features a 6.2-inch IPS infinity-V display plus support for superfast 4G LTE.

Samsung Galaxy A10s runs Android 9.0 (Pie) version of OS and is powered with an octa-core processor. It comes with 2GB RAM and 32GB internal memory which support up to 512GB microSD memory card.
The device features a 13MP + 2MP dual camera on the back and 8MP selfie camera. It is powered with a 4000mAh Li-Po battery. Price is around 55,500 Naira in Nigeria.

Xiomi Redmi 8A is another smartphone that made our list of best cheap phones of 2020. We all know Xiomi phones to be outstanding in terms of camera quality and Redmi 8A is not left out. It comes with 8MP selfie camera and 12MP back camera.

The smartphone features a 6.2 inch display and a Corning Gorilla Glass 5. It comes with 2GB RAM + 32GB ROM or 4GB RAM + 64GB ROM and OS version of Android 9 (Pie) which is powered with an octa-core Qualcomm Snapdragon 439 processor. The price starts from 54,500.

Tecno Pouvoir is one of the best smartphones around. It comes with a massive 5000mAh non-removable Li-Po battery. It has a screen size of 6.2-inch screen lights, which is a top notch HD+ super fullview screen. It also has a 1500 x 720 pixel resolution.

Tecno Pouvoir 3 features 1.28GHz Quad-core processor with a 2GB RAM to assist. And also the smartphone comes with 32G internal storage space. It runs Android 8.1 Oreo OS HIOS 5 for the user interface. The price starts from 36,000 naira in Nigeria.

This are some of the best cheap Android phones, so you can make your choice from this smartphone mentioned above when you are going for cheap smartphones. However, it is important to know that cheap devices are limited in performance, so you have to be realistic with your expectations when buying a cheap smartphone.

Related Topics:Cheap Phones
Up Next

MTN Social Bundle 2020: Price, Activation Codes and All you Need to Know