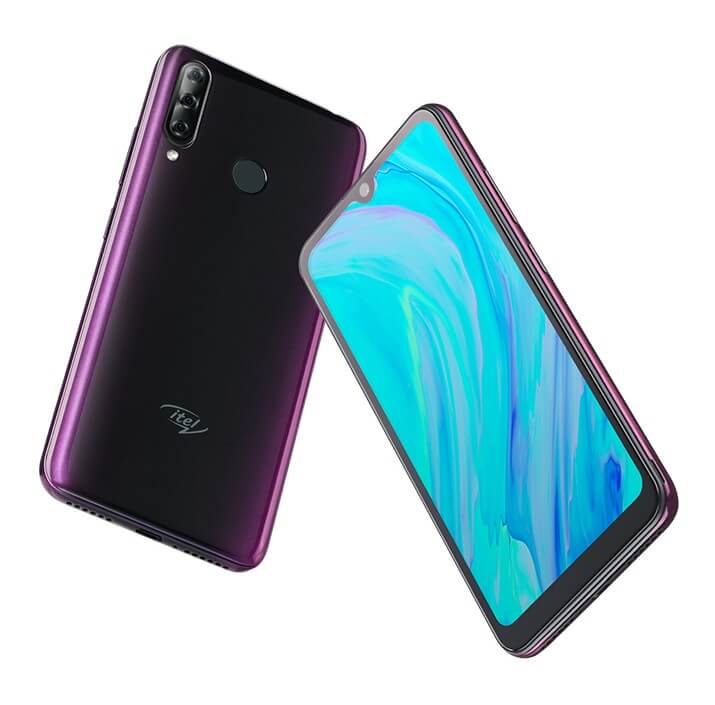 Itel S15 pro is the improved version of itel S15, It comes with Android 9 pie and a better RAM memory of 2GB and 32GB ROM compare to the s15 that has 1GB RAM and 16GB ROM. It features a 16MP selfie camera and 6.1 waterdrop display which will be perfect for gamers. So if you need a mobile phone a bit faster than the normal s15, then upgrade to s15 pro.

Itel went a bit further higher in S15 pro, embedding a 16MP selfie camera and that’s really something to be happy for. Going with the price point of the device, shows that itel really value customer satisfaction.

It features a triple rear camera of 8MP primary shooter, a 5MP secondary camera and a VGA camera. It features camera hardware that stands out amongst cameras on other Itel devices.

Itel s15 pro also comes with an amazing 16MP selfie camera which let you shoot in HDR and also in beauty mode. The smartphone features AI beauty mode 3.0, which takes beauty mode photos to another level. I can’t imagine another device with same price point that has this features, it’s really a beauty from itel mobility.

The Design and Display

Despite the price range, Itel still has gone that extra mile in the design of this device, making sure their customers get a taste of what it really feels to have a smartphone that looks almost exactly like trendy design. Although itel do not really specializes on meeting up with the latest trends, their main priority is to make sure the price of their phones maintains low and fixed balance.

Despite its low-cost status, the smartphone tries to blend into the latest trend in smartphone design. Although not totally up to date trend-wise, the Itel S15 Pro certainly stands out amongst its peers.

It features all plastic build, something you certainly would expect from a low-cost budget smartphone. It also has round edges which enables you hold the device comfortably.

On the rear of this device, you an attractive gradient design, that offers different shades, depending on how you hold the device.

The rear of the Cell phone is home to a triple camera system, a camera flash, a fingerprint sensor, and the Itel branding.

Itel S15 pro features a Quad-Core(4) SpreadStrum-Unisoc with a processor speed of 1.6GHz.

Other Specs and Features

Questions and Answers about itel S15 and Pro smartphones

What are the features of Itel S15?

The following are the key features of the S15 are:

Does itel S15 Pro have a fingerprint scanner?

Yes; both itel S15 and S15 Pro have a fingerprint reader.

No; neither of the itel S15 models has Gorilla Glass protection. Adding Gorilla Glass would have sent the prices of these phones up a bit.

No; neither itel S15 nor the Pro has quick charging technology.

What is the difference between Itel s15 and s15pro?

Is itel S15 Pro available in Nigeria? How much does it sell in Nigeria?