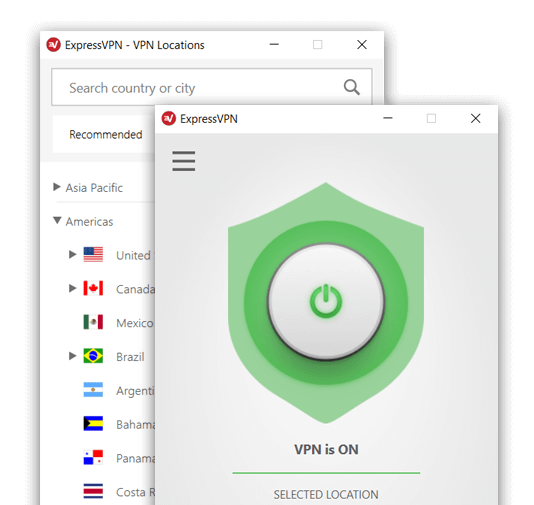 VPN is an abbreviation for Virtual Private Networks. It was developed to enable users to extend private networks across public networks.

What does this mean? It means that users can send and receive data across shared or public networks like their devices were in direct contact with the private network.

VPNs are useful tools for protecting your online identity, bypassing regional restrictions on websites, granting access to blocked content on the web, hiding your location, and allowing anonymous stay on the internet.

How to choose the best Android VPN app

We all know a dedicated Android app should be user-friendly, helps to make things as hassle-free as possible, and also offers enough options to allow for some tweaking (this implies for more experienced users). So ensure it supports the version of Android you are using, with most going back at least to Pie and some letting you set up your network via manual configuration.

You’re probably going to want to use your Android VPN on loads of other devices, too – so make sure you get one that also works with your computer’s operating system and has enough licenses to cover all your gadgets.

Another thing to look out for when choosing a VPN app is security, get the one that offers a kill switch, so you’re not left exposed if your internet connection drops. You should also look out for privacy policy and terms of service which makes it clear what logs and details are kept by the provider.

To make it easier for you to choose the best Android VPN app, we have listed the best ones below which you can choose from.

NordVPN is the first Android VPN app on our list, it is one the most popular VPN with over 10 million+ downloads and a high google rating. It remains one of the most recognized brands in the VPN field. Part of that brand recognition is based on its intuitive design.

NordVPN has some notable strengths including ‘Double VPN’ technology which passes your connection through two separate VPN servers, as opposed to just the one, for an extra layer of security (there are only a certain number of Double VPN servers, though). NordVPN also has a ‘zero logs’ policy (audited by PricewaterhouseCooper no less), meaning it doesn’t track the user’s online activity.

Surfshark is one of the cheapest VPNs out there and that has made it attract a lot of attention. Considering the pricing, you might think it will lack quality but that’s not the case, it still doesn’t lack in the quality department and so is the Android app too.

Surfshark offers an interface that is surprisingly intuitive for first-time users. Its four-tab design elegantly conceals a host of privacy tools and connection options, highlighting a single-click connection button on the app’s landing screen.

Quickly access one of Surfshark’s multihop connection options — one of its most promising features, which jumps your connection through multiple countries to hide your trail — through its main location-selection screen, with no need to rummage through the app’s VPN settings. Surfshark also gets bonus points for making its customer support options readily available, including its help ticket feature and user guide library.

ExpressVPN has many features to like and the mobile app is extremely user-friendly, straightforward, and offers more advanced options.

Some of the features you will see in ExpressVPN includes an excellent location picker, insecure network detection, and a kill switch to improve privacy and security.

According to the company, its network is powered by a TrustedServer technology, to ensure that there are never any logs of its users’ online activities. In the privacy world, ExpressVPN has a strong track record, having experienced a server seizure by authorities which proved their zero-log policy true at the time. The ExpressVPN also makes it possible for you to make payments with bitcoin and that makes it stand out from the rest.

The IPVanish app is another VPN app that offers great options such as obfuscation and split tunneling. It has also added that previously missing kill switch, a standard feature that instantly shuts down the internet connection in case the VPN drops (to prevent your true IP from being revealed).

IPVanish VPN offers amazing download speed and there is no logging of user’s activity in this app, plus you get 256-bit AES encryption with the OpenVPN protocol, along with 24/7 customer support.

What can you do with an Android VPN?

They may have started life as a way primarily for businesses to connect to remote sites and other offices, but VPNs have proved themselves as a fantastically versatile piece of kit over the last few years.

First thing’s first, they act as an excellent first line of defense alongside Android antivirus in protecting yourself when online. As referenced above, the nature of their encrypted tunneling and ability to keep your IP address secret makes them a wonderful way to keep cybercriminals at bay – no more worrying about online banking and shopping while using unfamiliar networks. All these VPNs have free trials.

Related Topics:best vpn appsVPN
Up Next

Simple Step to Download Android 11 on Your Android Phone