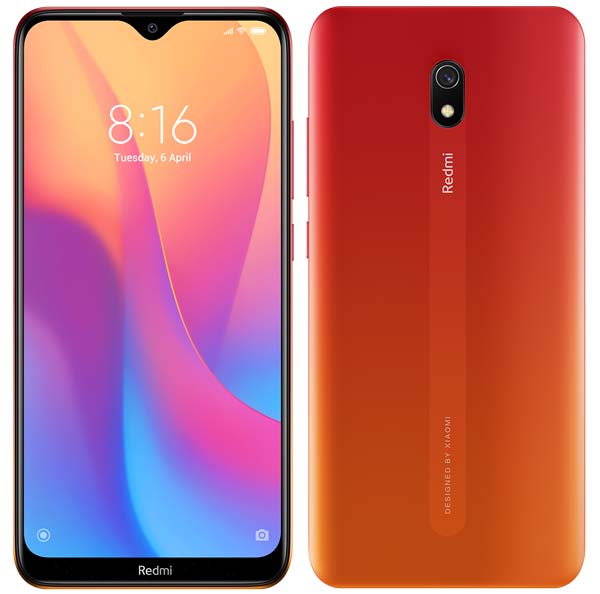 The Xiaomi Redmi 8A was launched on September 2019 by Chinese OEM. The device comes with an Aura Wave Grip design and supports 18W fast charge. You will be excited to know that it comes with a 5000mAh battery which promises to last long and that makes it stand out among its pears. 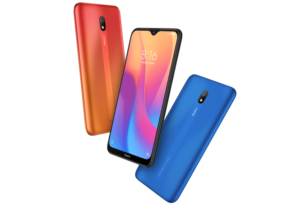 Xiaomi Phones which are known for their high quality camera, they did not disappoint in Redmi 8A which comes with 12MP AI primary camera and 8MP f/2.0 aperture front camera and can be used for video calling.

The 12MP rear camera comes with f/1.8, 1.4µm microns pixel size, 6P lens and a Dual-PD PDAF, flash attached to it and it is capable of shooting full HD videos.

The Xiaomi Redmi 8A features a decent plastic body which houses a camera, a LED flash at the smooth back panel and ‘DESIGNED BY XIOMI’ tag at the bottom.

The device comes with a Corning Gorilla Glass 5 screen which reduces its chance of damaging. It has a height and width of 156.48mm and 75.41mm respectively and measures a weight of 188g.

It comes with 15.8cm (6.22) Dot Notch display which has a contrast ratio of 1500:1 and a NTSC ratio of 70.8%. Redmi 8A supports sunlight mode, reading mode and night mode which makes it convenient for the eye during the night.

Xiaomi Redmi 8A runs Android 9.0 Pie version of OS and MIUI 10 user interface. It comes with Qualcomm Snapdragon 439 which powers an Octa-core processor and a clocking speed of 1.95GHz. It also features Adreno 505 560MHz which will be suitable for gamming.

It has an internal storage of 32GB with 2GB RAM, while the bigger model has 32GB and 3GB RAM and you can still expand the memory with a micro SD card up to 512GB.

The Redmi 8A supports dual sim cards and both cards can access 4G connectivity simultaneously. It also supports other connectivity such as 3G, 2G, 2.4G WiFi / WiFi Direct / WiFi Display, Bluethoot 4.2 and a wireless radio.

Redmi 8A comes with a 5000mAh battery which promises to last longer when fully charged.

Xiaomi Redmi 8A Price in Nigeria

The Price of Xiaomi Redmi 8a starts from 42,00 to 47,000 Naira depending on your location and outlet.

The following are the full specifications of Xiomi Redmi 8A

Questions and Answers About Xiaomi Redmi 8A Smartphone

Is Xiaomi Redmi 8A a 4G phone?

Does Xiaomi Redmi 8A have a fingerprint scanner?

Yes; it has a fingerprint reader.

Does Xiaomi Redmi 8A have a Gorilla Glass?

Does Xiaomi Redmi 8A have quick charging?

Does Xiaomi Redmi 8A have face unlock?

3 thoughts on “Xiomi Redmi 8A Price and Full Specifications”