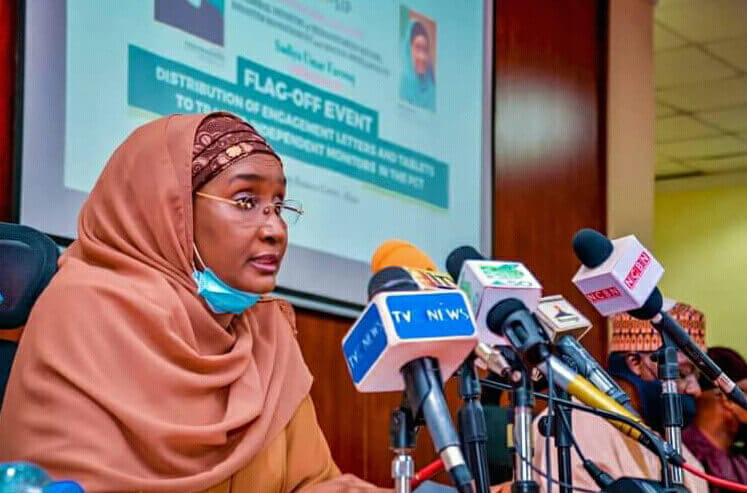 This frowning came as a result of an update given by the management of the Npower program Nasims via their social media channels as seen in the image above.

The volunteers were seen lamenting under the post that Nasims shared to wish them a happy new year.

However, Npower management has said that they acknowledge that they have not fulfilled their obligations towards the Batch C2 graduate category beneficiaries, and it is regrettable too, However, we are hoping to turn things around in this new year. Kindly remain diligent and positive while we do that. Npower said!

The training for N-Knowledge which started in October 2022 at the Public Service Institute of Nigeria, Abuja has come to an end for the North Central beneficiaries.

The training started this time about 10 weeks ago, when young Nigerian youths were enrolled in various camps across the country, enthusiastic about learning and gaining professional skills and certificates under the N-Knowledge program.

Today, they have become certified professionals, ready to impact their immediate communities.

Nonetheless, while the Npower knowledge beneficiaries are completing their in-camp training, the graduate category of the Npower batch C stream 2 programme is patiently waiting hoping to get their first stipend payment this month of December since their enrollment in October 2022 .

As regards the Work Nation and Next scheme for the exited Npower batches A, B, and C1 beneficiaries! Nothing new has been said regarding that yet. Until then, we advise that you stay tuned for new updates whenever they are released by the Npower management team. Npower Latest News For Today Thursday 5th January 2023

The Ministry in-charge of the Npower Programme, Ministry of Humanitarian affairs denied any official engagement with Dbanj stating that its attention has been brought to recent publications regarding ongoing investigations in relation to fraud allegations in the Programme.

The following are what the Ministry stated:

1. The Ministry has deployed a well-rounded mechanism for selection of eligiible beneficiaries from across the country and this has been in place since the inception of the program. Working with our Service Provider, Program Beneficiaries are onboarded, trained and deployed to pre-selected Places of Primary Assignment.

2. When it came to our notice that there may have been sharp practices by some personnel of the Payment Service Provider (PSP) involved in the payment processes of beneficiaries, the matter was immediately referred to ICPC for thorough investigation. We are aware that certain persons have consequently been invited for interrogation as part of the ongoing investigations.

3. In the meantime, we have carried out thorough reinforcement of our systems to eliminate all anomalies and prevent similar occurrences in the future. To this end we are in close collaboration with ICPC to support the successful determination of the investigation.

4. The public may wish to note that in a bid to ensure transparency and accountability in the implementation of N-Power and other National Social Investment Programmes, namely the National Home Grown School Feeding Programme(NHGSEP), Government enterprise and Empowerment Programme (GEEP) and the Conditional Cash Transfer(CCT), the Ministry has over time involved other government MDA‘s, Security Agencies and Civil Society Organizations in monitoring and compliance checks across the 36 states of the country and the FCT.

5. We want to assure all N-POWER beneficiaries of Federal Government’s continued commitment to the programme and the subsequent off-boarding channels activated.

6. All program beneficiaries should therefore continue to apply themselves to their utmost at their Places of Primary Assignment. All monthly stipends will continue to be paid in line with program expectations.

7. We call on members of the public to come forward with information on any irregularities noticed in the implementation of the National Social Investment programme through the following channels:

Flippstack gathered that the Independent Corrupt Practices and other Related Offences Commission, ICPC, has arrested and detained Oladapo Oyebanji, known by his stage name, D’banj, over the alleged diversion of N-Power fund.

The musician was arrested and detained Tuesday after ICPC operatives closed in on him, to surrender himself at the Agency’s headquarters in Abuja.

“The N-Power is a scheme established by President Muhammadu Buhari on 8th June 2016, to address the issues of youth unemployment and empowerment, and help increase social development.

“The Commission had received numerous petitions on the diversion of N-Power funds running into billions of naira following the approval and release of such funds to the beneficiaries by the Federal Government.

“Many N-Power beneficiaries had complained over the non-receipt of the monthly funds in spite of payment by the Government.

“About 10 persons have been invited by ICPC over the last few months in connection with the N-Power fraud, and have been granted administrative bail after their detention. Several invitations to Mr. Oyebanjo to appear before a team of investigators were ignored and not honoured.”

Wait a minute, what is going on here? Is the future female?
Female or Male, Well done to our N-Power Tech (Software) beneficiaries undergoing training to be the best Service Professionals in Nigeria.

N-Tech Software is one of the Npower non-graduate programme categories where beneficiaries are trained on how to develop software applications.

It is no longer news that the management of Npower Nasims is preparing the exited Npower batch C1 Beneficiaries to meet specific industry needs in line with global shifts in the nature of work and skill set demands by introducing the work Nation assessment test learning platform.

In view of the above, it is important to note certain things regarding the work Nation to clear your mind, since some of you are beginning to ask questions.

The work Nation assessment test cut-off mark that you have been asking for, our advice to you is to try and score higher marks at least 50 and above in all subject attempt because Npower pays attention to higher score if you can relate to the Npower Programme enrollment text then you will understand what we mean.

For exited Npower batch C1 who is asking what to do Nexit after taking the work Nation assessment test, we will advise you to wait patiently for the next instructions from Npower management Nasims and work Nation team.

The continuity of the Npower and other NSIP programmes in 2023 depends on the Ministry’s 2023 budgets.

The Minister who was accompanied by the Permanent Secretary and Directors of the Ministry during the budget defense stated that the total sum of N35,595,233,430.00 only was allocated to the Ministry’s Headquarters in the 2022 appropriation Act. The budget comprises a total recurrent expenditure of N1,073,705,755.00 only and a total capital allocation of N34,510,760,413.00.

She said “it is pertinent to note that you the 71% reduction in Capital and 7% paltry increase in Overhead is grossly inadequate to run its day-to-day operation”. Npower Latest News For Today Thursday 5th January 2023

On Tuesday, on behalf of His Excellency President Muhammad Buhari, FMHDS Minister Sadiya Umar Farouq visited Bayelsa and Delta States to condole with the government and the good people of the States over the unfortunate flood disaster in the states that claimed lives and properties.

She commended the Bayelsa and Delta state government for their support to their people during the initial time of distress, adding that the government sympathizes with all the victims and states devastated by the disaster.

Given the magnitude of the devastation in the State and most parts of the country at large, Sadiya Farouq informed them that His Excellency, President Muhammadu Buhari approved the release of 12,000 metric tons of assorted food commodities from the National Strategic Reserve for distribution to victims of this flood disaster in the country as a way of assuaging their suffering.

In addition, there are relief materials and other interventions have been provided since July 2022 by NEMA Nigeria.

The Minister also used the opportunity to flag-off the disbursement of the Grant for Vulnerable Groups programme (GVG) in Delta State and to roll out the Government Enterprise and Empowerment Programme (GEEP) in both Bayelsa and Delta. Npower Latest News For Today Thursday 5th January 2023

If you are one of the Work Nation registered Batch C Stream 1 beneficiaries who are yet to write his/her test because of one issue or the other, you will be happy to know that Npower has released a Support Contact Number to make it easy for you to send your complaints to the correct work Nation support channel.

According to Npower, Batch C1 Beneficiaries who are experiencing any difficulty in taking the work nation test should kindly contact the work nation helpline for assistance via this number: +234700688768723

“REQUIREMENTS FOR RESOLUTION OF FAILED AUGUST PAYMENT
“Please note, you need to provide your Npower ID and NIN to enable us resolve and facilitate your failed August payment.
“The above requirements should be forwarded to the Npower official Facebook page for capturing and forwarding to the appropriate department, using the comment section of the most recent post. The problem should be well stated with the attachment of the required information.

That’s all for the Npower Latest News For Today Thursday 5th January 2023, make sure to share this article and always come back from time to time for more Npower’s latest news.