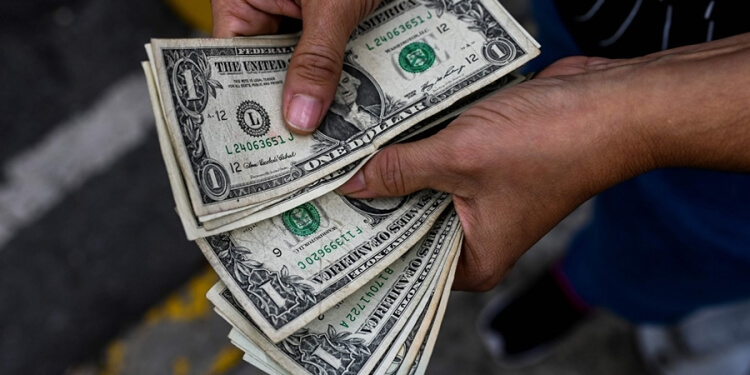 The exchange rate between the naira and the US dollar closed at N417/$1 at the official Investors and Exporters (I&E) window on Wednesday.

The exchange rate closed flat at N417/$1 at the I&E official forex market, despite improved dollar supply in the market. FX turnover increased by 50.56% on Wednesday to $147.41 million.

Similarly, the exchange rate at the parallel market closed flat at N588/$1, the same as recorded in the previous trading session. This is according to information obtained from BDCs operating in Nigeria.

Meanwhile, Nigeria’s foreign reserve appreciated further on Tuesday for the fourth consecutive day with 0.003% increase to stand at $39.55 billion compared to the $39.549 billion recorded as of the previous day. Meanwhile, the Central Bank has continued to intervene in the official forex market from the external reserve in order to maintain the stability of the local currency.

Naira depreciated marginally against the US dollar on Thursday morning, trading at a minimum of N585 to a dollar compared to N584/$1 recorded in the previous trading session, representing a depreciation of 0.17%.

While At Official NAFEX window

The exchange rate at the Investors and Exporters window closed at N417/$1 on Wednesday, 30th March 2022, which is the same as recorded in the previous trading session.

A total of $147.41 million was traded in FX at the official Investors and Exporters window on Wednesday.

The Cryptocurrency market on Thursday morning started on a positive note, as the industry market capitalization appreciated by 0.51% to stand at $2.119 trillion as of 6:15 am (WAT) on Thursday.

BREAKING: Terrorists Bomb Abuja-Kaduna Train With 970 Passengers On Board