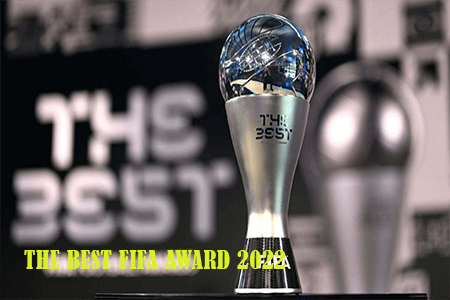 The Best FIFA Awards 2022 was held closed-door in Zurich, Switzerland due to Covid-19 protocols. The nominees of the men’s best player of 2021 were Mohamed Salah, Lionel Messi, and Robert Lewandowski after all three players had outstanding years in 2021, whilst there is also a key focus on Sam Kerr, Alexia Putellas, and Jennifer Hermoso for the women’s award.

Below is the full list of the Best FIFA Awards 2022 Prize Winners:

Cristiano Ronaldo collected a special award for becoming the men’s international highest scorer with 115 goals for his country Portugal.

Robert Lewandowski was outstanding in the Bundesliga in 2021, netting 41 goals in 29 matches. He beats Lionel Messi and Mohamed Salah to clinch this one.

This Women all played a major role in helping their team achieve success in 2021.

Both sets of fans were present during the incident with Eriksen at Euro 2020. While the Danish midfielder was being resuscitated, the Finnish fans inside the ground began chanting ‘Christian’ and the Danes replied ‘ Eriksen’.

Thomas Tuchel turned Chelsea season around, leading them to domestic FA Cup final and also winning the Champions League and Super Cup in 2021, fully deserved to be named The Best FIFA Men’s Coach. He beat out Pep Guardiola and Italy boss Roberto Mancini to clinch the award.

Another Chelsea coach but this time around, the women coach. She led Chelsea Women to the Champions League Final, Also won the Women’s domestic League and the FA Cup. Beating out Barcelona’s Lluis Cortes and England’s Sarina Wiegman.

This is also linked to Christian Eriksen’s collapse during the Euro 2020 match against Finland, where he had a cardiac arrest. The Denmark National Team and Staff was able to manage the situation very well and made sure he was resuscitated.

The Former Tottenham striker Erik Lamela wins the Puskas Award for his wonder rabona finish for Spurs against Arsenal.