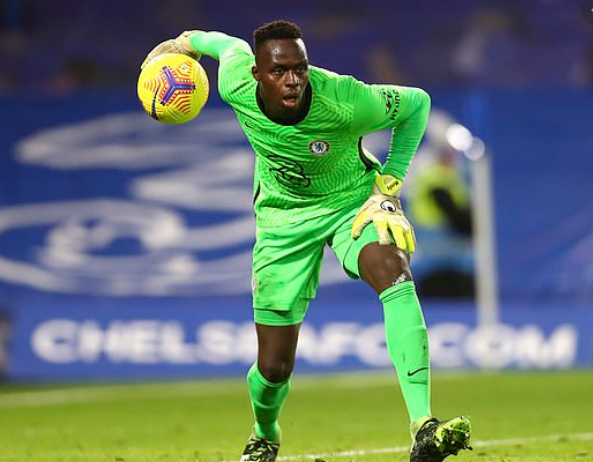 Chelsea Goalkeeper Edouard Mendy is on the verge to break a 36years record if he plays today in the UEFA Champions League Final against Manchester City.

The Senegalese international was signed by Chelsea in the summer for $29m from Ligue 1 side Lile after Kepa Arrizabalaga who was the first choice goalkeeper ran out of favour from the sight of his Manager Frank Lampard.

Edouard Mendy has kept 16 clean sheets in English Premier League and 8 Clean Sheets in the Champions League, making it 24 clean sheets in total in 41 matches and will be hoping to keep another one against City.

The Blues goalkeeper will eventually become the first African goalkeeper to play in the UEFA Champions League final and the first since Bruce Grabbelaar in 1985 including the old European cup.

He was injured against Aston Villa which caused him to miss the FA CUP finals against Leicester City. His manager  Thomas Tuchel has declared him fit but still remain a doubt.