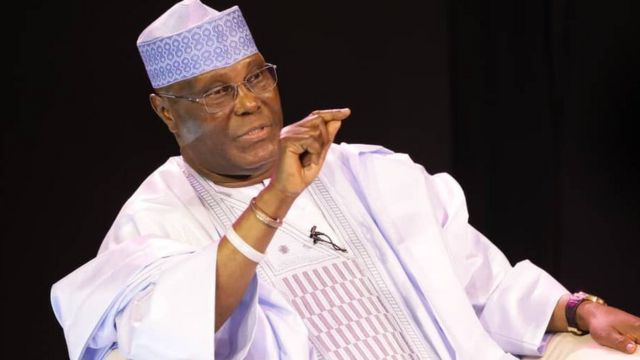 Atiku in a statement on Monday by his spokesperson, Paul Ibe explained that the federal government had been unable to separate politics from business and had been going after his business since 2015.

Naija News reports that Intels has been at loggerheads with the federal government, resulting in the cancellation of its 17-year-old contract with the Nigerian Ports Authority (NPA) in 2017 for pilotage monitoring which empowered the company to collect revenue on some port operations on behalf of the government.

However, Intels had denied owing NPA, insisting that NPA owes it over $750 million, giving a possible recourse to litigation to resolve the dispute.

Ibe on Monday disclosed that Atiku had been selling off his shares in the company gradually since the face-off with the government started but the process was only concluded in 2020.

The statement shared with TheCable read: “Co-founder of Integrated Logistics Services Nigeria Limited (Intels), Atiku Abubakar, has been selling his shares in Intels over the years.

“It assumed greater urgency in the last five years, because this Government has been preoccupied with destroying a legitimate business that was employing thousands of Nigerians because of politics.

“He has sold his shares in Intels and redirected his investment to other sectors of the economy for returns and creation of jobs.”

It will be recalled as earlier reported by this online news medium that Intels’ Spokesman, Tommaso Ruffinoni, also confirmed over the weekend that the former Vice President has sold his shares in Integrated Logistic Services (INTELS) Nigeria Limited for $100m.

Ruffinoni revealed that Atiku sold his shares in a series of transactions that began in December 2018 and concluded last year.

Atiku and Gabriele Volpi, an Italian national, co-founded Intel but the company in 2017, was accused of not paying taxes with the Attorney-General of Nigeria, Abubakar Malami accusing it of violating the constitution and perpetrating illegalities.

Meanwhile, the Academic Staff Union of Universities, ASUU, on Sunday warned the National Association of Academic Technologists, NAAT, or any other union against its plan to use it as bait to get anything from the Federal Government.

ASUU called on other unions to fight their battles in their own ways.

The Chairman of ASUU in the University of Lagos, Dele Ashiru, gave this warning while reacting to the claims by NAAT expressing displeasure with the sharing arrangement of the N40 billion released by the Federal Government as Earned Academic Allowances for university workers.