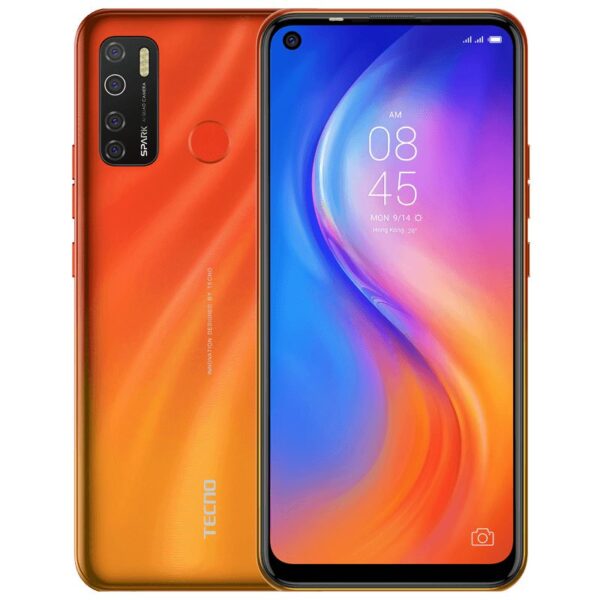 Also, there is a rear-mounted fingerprint scanner which is located just a few inches from the rectangular housing of the secondary camera.

In the front, there is an 8-megapixel AI dot-in selfie camera with dual front flash. The device also has an AI beauty mode that helps you click real and clearer selfies.

On the hardware department, it is powered with the MediaTek Helio A25 chipset and it’s supported with 4GB RAM and an internal storage of 64GB which allows expansion storage of upto 256GB via MicroSD slot.

The device is equipped with a 5,000mAh battery just like the Spark 5. It will also feature the HiOS 6.1 user interface based on Android 10 version of operating system. It will come in three variant of colors which include Orange, Ice Jadite and Seabed Blue color choices.

It also has AI features like AI power saving, Safe Charge which automatically cuts the power when the phone is fully charged to avoid overcharging.

The Tecno Spark 5 Pro will retail for Rs. 10,499 (~$140). The smartphone will be available for purchase from Amazon.in and several other stores across India.