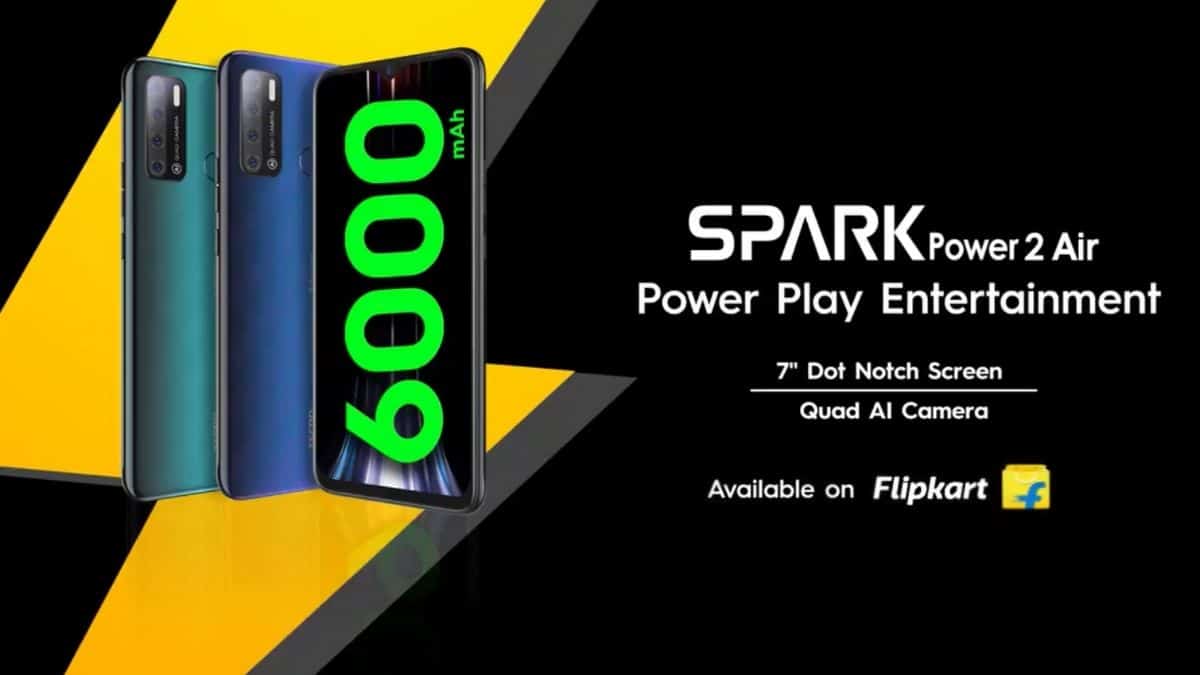 Tecno has been on fire since the year began, releasing some amazing smartphones including the powerful Tecno Camon 16 Premier earlier this month. The Chinese company is back again with Tecno Spark Power 2 Air after releasing the standard Tecno Spark Power 2, two months ago.

The smartphone was unveiled in India as a lower version of the Tecno Spark Power 2 and comes with less premium features.

The following are the features of Tecno Spark Power 2 Air:

On the memory. It comes with 3GB RAM and 32GB inbuilt memory compare to 4GB RAM and 64GB inbuilt memory. it will arrive with Hellio A22 chipset and a massive 6000mAh battery. It has a rear-mounted fingerprint scanner and also an option for memory expansion via microSD card.

On the software, it will arrive with Android 10 version of operating system and Tecno’s HiOs 6.1 user interface.

The Tecno Spark Power 2 Air will retail in India for Rs. 8,499 (~$116) and will go on sale on September 20. It will come in two colour option which includes Ice Jadeite and Cosmic Shine.