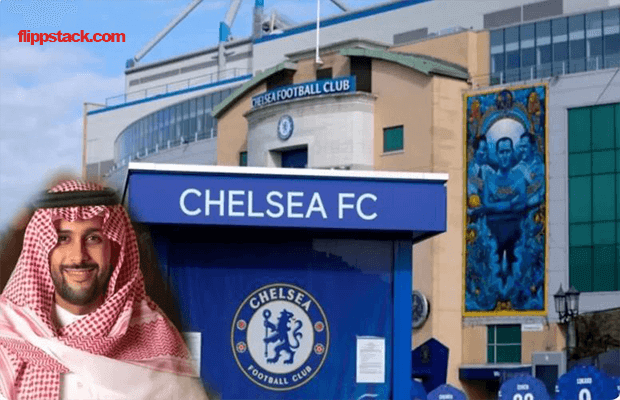 Saudi Media Bid To Become Next Chelsea Owners Has Been Rejected

Flippstack reports that Saudi Media’s bid to acquire Chelsea has been rejected which means they are out of the race to buy Chelsea after being informed by the Raine Group that they would not be considered in a shortlist to purchase the club.

Several other prospective buyers are set to learn their status today as Raine, the New York-based bank in charge of the sale, whittled down offers that were submitted last week.

According to Goal, the Saudi group is the first to confirm that they are not being considered to take over from Roman Abramovich, the Russian oligarch under UK government sanctions. The consortium led by Todd Boehly, a part-owner of the LA Dodgers, remains the frontrunner according to sources, with the group featuring Sir Martin Broughton confident that they are progressing to the next stage.

Earlier today Stephen Pagliuca, a part-owner of Serie A club Atalanta and NBA outfit Boston Celtics, become the latest name to feature among those to have registered a bid to buy the West London club. As first reported by Sky News, Pagliuca submitted a big before last Friday’s deadline.

It is unclear if he has partnered with any other individuals as part of the bid submitted to Raine. The 67-year-old is a co-chairman of the investment firm Bain Capital, which was founded by former presidential candidate Mitt Romney, and sits on the Celtics’ executive committee.

More intriguing for Chelsea supporters will be his association with Atalanta. Pagliuca was part of a consortium that purchased a 55% stake in the Bergamo club in early 2021. If he was to become an owner of Chelsea and the clubs were to meet in European competition, UEFA would have a conflict of interest concerns.

Meanwhile, the Ricketts family has faced further criticism following comments from Pete Ricketts, the governor of Nebraska, in which he said there has never been a better time to be pro-life as he explores the possibility of making abortion illegal in the state.

Saudi Media Bid To Become Next Chelsea Owners Has Been Rejected