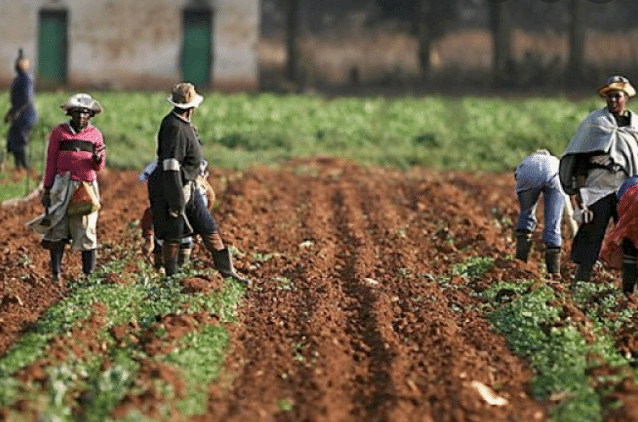 The Central Bank of Nigeria has disclosed that it had launched a loan recovery scheme under the Anchor Borrowers’ Programme which will be primarily focused on rice farming.

The CBN will be partnering with the Farmers Association of Nigeria (RIFAN) beginning in Gombe state.

This was made known by the Head of CBN’s Development and Finance Office, Mr Abdullahi Baba-Isa, on Saturday in Gombe where he added that the Federal Government intervention in rice farming was yielding positive results.

He also added that the CBN’s schemes also helped with the crash of the price of rice and created jobs as well as boosted Nigeria’s local capacity to meet demand.

Baba-Isa also revealed that the CBN aims to maximize Nigeria’s potential in rice production as a measure toward conserving external reserves and discouraging importation.

The Anchor Borrowers’ Programme has made a lot of positive impact on our economy, output and even the national food security system has improved he said.

He also appealed to farmers to continue to pay their loans, so as to encourage the government to accommodate more farmers in the programme in 2022.

Alhaji Aminu Goronyo, RIFAN President said that CBN’s intervention was creating wealth for smallholder farmers in the state and the country, citing that many farmers would no longer need loans as they would have been empowered beyond “borrowing.”

RIFAN also urged its members to speedily repay their loans, adding that efforts had already been concluded ahead of the commencement of the dry season farming in the state.

CBN also added that under its Unity Bank/RIFAN Partnership, almost 30,000 bags of paddy rice were recovered during the launch, adding that with the intervention in 2021, 14,000 rice farmers were supported for the dry season phase and 28,000, for the wet season farming.

What You Need To Know About The Anchor Borrowers’ Programme

The CBN Anchor Borrowers’ Programme was established by President Buhari’s administration when they took over in 2015.

The programme is intended to create a linkage between anchor companies involved in the processing and smallholder farmers (SHFs) of the required key agricultural commodities.

Since the launch of the scheme in 2015, Flippstack understands that 3.8 million farmers have so far benefited from the Anchor Borrowers’ Programme (ABP), as N554.61 billion has so far been disbursed to the beneficiaries through the programme since its inception.

The scheme is one of the Federal Government-funded initiatives aimed at tackling food insufficiency, diversifying the economy away from oil, creating jobs for the youth and reducing poverty.