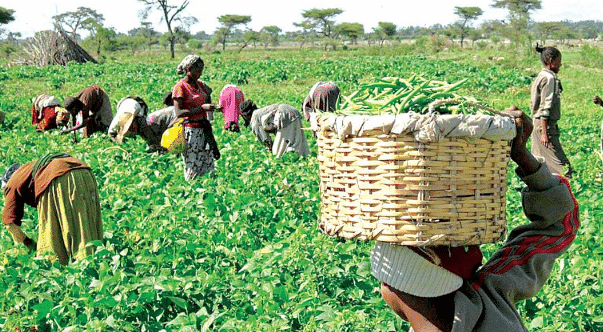 CBN Anchor Borrowers’ Programme – See How to Apply for Loans

Before we move further, those that apply for the Nirsal Microfinance Bank loan will be happy to know that the scheme has started distribution of vehicles to successful beneficiaries of AGSMEIS scheme. Click Here to get full details

The programme is intended to create a linkage between anchor companies involved in the processing and smallholder farmers (SHFs) of the required key agricultural commodities.

The Unity Bank CEO, Mrs Tomi Somefun disclosed last week that her bank which is an outlet for CBN’s Anchor Borrowers’ Scheme for farmers will support 120,000 maize farmers during this year’s maize planting season.

Since the launch of the scheme in 2015, Flippstack understands that 3.8 million farmers have so far benefited from the Anchor Borrowers’ Programme (ABP), as N554.61 billion has so far been disbursed to the beneficiaries through the programme since its inception.

This year’s scheme comes on the heels of President Buhari’s announcement in March 2021, that he approved the sum of N600 billion to take advantage of this year’s rainy season and enhance food production.

The scheme is one of the Federal Government-funded initiatives aimed at tackling food insufficiency, diversifying the economy away from oil, creating jobs for the youth and reducing poverty.

How Does a Farmer Apply For the CBN Anchor Borrowers’ Programme?

After receiving feedback from readers last week, Nairametrics spoke to a rep of Unity Bank on Monday who wants to remain undisclosed on the process of applying for an Anchor Scheme loan.

“Unity bank is an outlet, as it is a federal government programme aimed at funding operations of farmers in Nigeria,” the rep says.

The most important first step is to be a member of a farming union that falls under the scheme including Rice Farmers Association and Maize Association of Nigeria.

The banking outlet/CBN partner works with the Union through creating accounts for the members and farmers which enables the Bank to run its checks of eligibility on prospective farmers for the loans,” he adds.