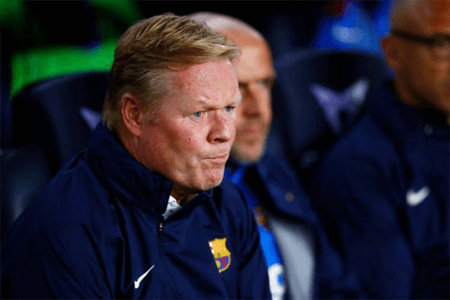 Barcelona has sacked Ronald Koeman as head coach and set to appoint Xavi to take over the position.

The Dutch international was relieved of his duties as the first-team coach of Barcelona on Wednesday night after his team was defeated by Rayo Vallecano and the club legend Xavi is set to take over.

The president of the club Laporta informed him of the decision after the defeat against Rayo which Ronald Koeman will be saying goodbye to the squad on Thursday at the Ciutat Esportiva.

Xavi is currently considered as the favourite to take over the job and he will like to come back to the club, although no official announcement yet because it will take hours while negotiations are going on for Xavi to leave Al Sadd to become the new manager.

Other candidates for the Barcelona job include Roberto Martinez and Conte but Xavi remains their top priority.