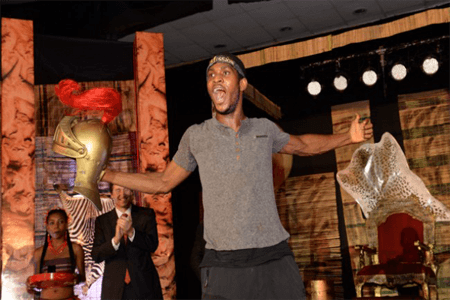 Full List Of Gulder Ultimate Search Past Winners Till Date

Welcome to Flippstack, in this article, we will be walking you through the full list of all the winners of your favourite show Gulder Ultimate Search (GUC), so make sure you read until the end.

The Gulder Ultimate Search (GUS)  show which has been described as the most uncensored” show ever started in 2004, and since then, has produced several winners which we will walk you through below.

The Nigerian Breweries Plc sponsored show, Gulder Ultimate Search ran for 11 seasons before it was stopped in 2016.

The first winner of the show is Ezeugo in 2004, then Lucan Chambliss in 2005 and Hector Joberteh in 2006 who was later assassinated by gunmen on September 2rd 2017.

The 11th edition of the GUS show will hold place this year and will be hosted by Kunle Remi who is the winner of the 7th season in 2010. The theme of this year’s edition is “The Age of Craftsmanship” which is expected to kick off on October 16th – 19th December 2021.

Below are the winners of Gulder Ultimate Search until date

In this year’s edition, the sponsors of the show have already released 18 lists of finalists. They include Emiola Michael Tosin, Chidinma Okeibe, Damilola Odedina, Omokhafe Racheal Bello, and Odudu Otu among others.

One of them will walk home with the grand prize of N50,000, 000 including a brand new Sports Utility Vehicle.

Full List Of Gulder Ultimate Search Past Winners Till Date

8 Cheap And Tuition-Free Universities To Study in USA 2021