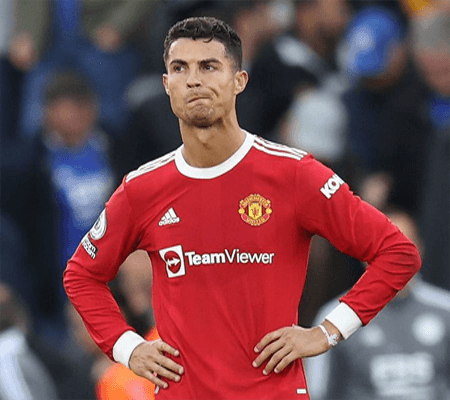 Christiano Ronaldo Out Of Top Five Footballers In History

Christiano Ronaldo is not among the top five footballers in History according to former Real Madrid and Italy striker, Antonio Cassano, who has excluded Ronaldo from his top five football players in history.

“Is Cristiano Ronaldo the best in the history of football?

He added, “For me, [Lionel] Messi, Pele, [Diego] Maradona, [Johan] Cruyff, and Ronaldo [Nazario] are on another level.”

Ronaldo has won the Ballon d’ Or five times in the past.

Only Messi has won more Ballon d’Or than Ronaldo.

Advertisement
Related Topics:Christiano Ronaldo
Up Next