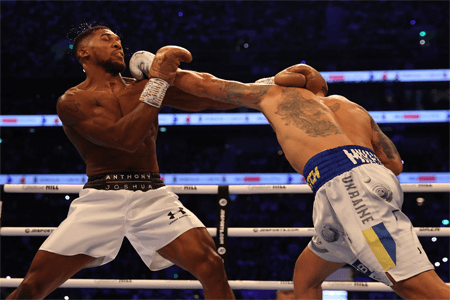 Nigeria UK-based boxer  Anthony Joshua has lost all his belts to Oleksandr Usyk on Saturday night at the Tottenham Hotspur Stadium.

Anthony Joshua was stunned by his Ukrainian Oleksandr Usyk opponent on Saturday night at the Tottenham Hotspur Stadium who defeated him and took his reign as the IBF, WBA, and WBO Champion by a unanimous decision.

The Ukrainian speed and skill proved to be too much for Joshua, who was saved by the bell. Joshua was badly hurt in the third round and carried a swelling injury on his right eye at the end of the fight.

This is the second defeat of his career after he was upset by Andy Ruiz Jr in 2019.

Tonight’s loss will now throw a spanner into the works of an undisputed title fight against Tyson Fury, who again faces Deontay Wilder on October 9.