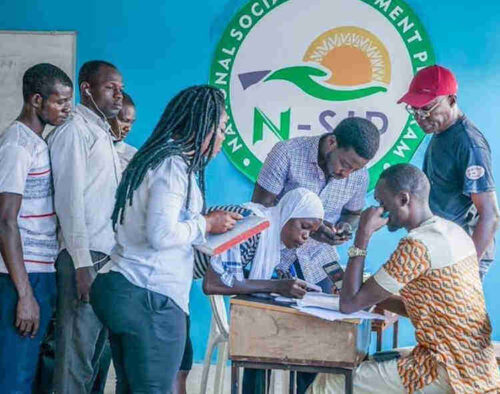 Npower Update: When Npower Batch C Stream 1 Payment Will Commence
The N-power programme is a core component of the NSIP which is designed to upskill and prepare Nigerian youths aged 18-35 for employability and entrepreneurship. The N-power programme has remained one of the credible ways the President Mohammadu Buhari led administration has used to alleviate poverty in Nigeria.
You may also want to read Npower Salary Structure 2020/2021 (Npower Batch C)
The Federal Government officially flagged off the commencement of the long-awaited Npower Batch C across the federation on Monday in Abuja. The N-power Beneficiaries will be paid as follows:

The Non-Graduate Category otherwise known as N-power Knowledge which includes N-Build, N-Tech Hardware, N-Tech Software and the N-Creative will be paid a monthly stipend of N10,000 for 9 Months (3 months in house training and 6 Months Field Work).

The Non-Graduate category however has an added advantage as they will be given free tools, depending on the category, which they can own after the programme. For instance, each of the N-Tech beneficiaries is gifted a free Laptop while each of the N-build beneficiaries gets a fully equipped toolbox according to the chosen field.

Following the flag-off of the N-power Batch C Stream 1, it is assumed that the programme has started as the Minister has issued an engagement letter to 510 beneficiaries used to celebrate the flag off in Abuja.

However, many of the beneficiaries have not been officially posted to their Places of Primary Assignment.

The Month of August is almost ending and the beneficiaries can not be paid for a month they did not work for. Hence, payment commences by the end of September 2021. An interval of 1-10 days is usually given to process the payment after the month-end, however, the Minister has promised prompt payment through the introduction of NASIMS Platform and Management.

The Graduate Categories are usually given portable Devices such as Tablets however, the Ministry has promised no Device for the Batch C N-power Beneficiaries. Even Batch B did not receive any Device.

Will, there be an Exit Package for the Batch C N-power Beneficiaries

Yes, the Ministry stated that there is an Exit Procedure for the beneficiaries at the end of their programme, but did not reveal the strategy or nature of the exit programme.

Batch A and B had a similar promise of exit package such as NEXIT Loan, but to date, the NEXIT Loan has not been disbursed to the beneficiaries and other components are not granted.