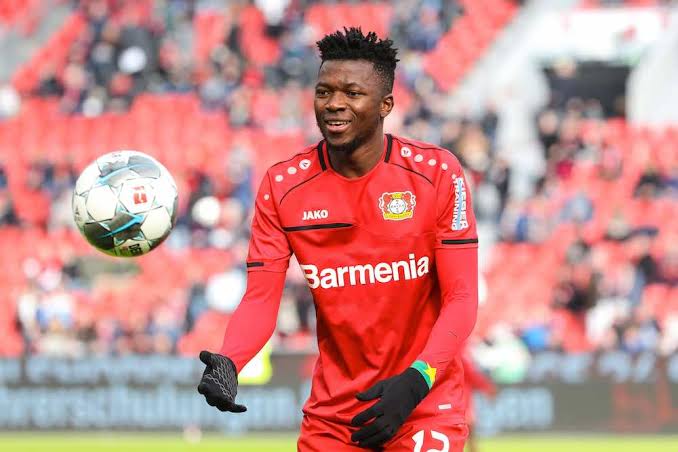 Chelsea football club are eyeing a move for Bayern Leverkusen’s young Center-Back Edmond Tapsoba in order to strengthen the squad for the 2021/22 season.

Report reaching us is that Chelsea are interested in signing the Burkina Faso international after just one season with the German side.

Edmond Tapsoba is often deployed as a left-sided central defender despite being right-footed and is seen as one of the most promising prospects in Europe.

The report states that the Blues, alongside Manchester United and Arsenal, have made contact to ask about the player’s situation.

Tapsoba signed a new contract last year that will expire in 2026 and the champions of Europe might have to wait until the end of next season to make a bid.