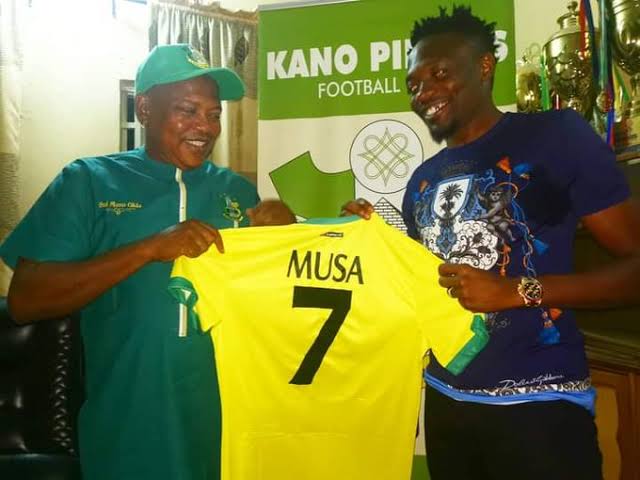 The supper Eagles captain and new Kano Pillars striker Ahmed Musa has revealed when he will be making his NPFL debut for pillars since he signed for them on a free transfer on April.

His new club Kano Pillars have come out to officially announce that Nigerian National team Captain will be making his debut against Adamawa United on Sunday, May 16th, in the Nigeria Premier League.

It may be recalled that on Monday, April 19, 2021, the new player began training with the Kano Pillars at the Bukavu Barracks.

The Pillars are currently second in the Nigerian Premier League with 37 points, top of the table after 20 games.

Meanwhile, Super Eagles captain Ahmed Musa has signed a short-term deal with Kano Pillars that will see him through the remainder of the 2020/21 Nigeria Professional Football League season.

The 28-year-old reunites with his boyhood club 11 years after starring for Sai Masu Gida.

Musa’s final season with Kano Pillars saw him bag the top scorer award in the NPFL with 18 goals, before a move to VVV Venlo in the Dutch Eredivise.

According to a club statement signed by the media officer of the team, Idris Malikawa, an agreement was reached with the player after due consultations with the League Management Company.

The Nigeria international will be unveiled by Kano State Governor Abdullahi Ganduje before the commencement of the second stanza of the league.