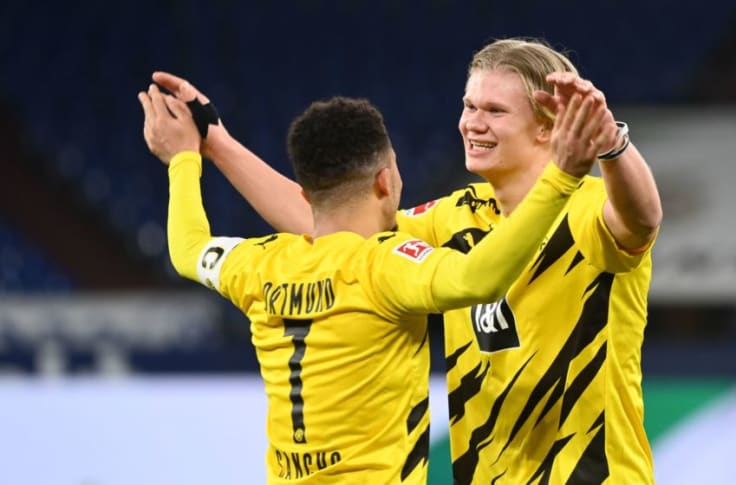 Erling Haaland and Jadon Sancho stole the show against RB Leipzig in their DFB-Pokal Finals as both players scored two goals each to hand Borussia Dortmund their 5th DFB-Pokal in history.

Both players scored each of their goals in both halves to down RB Leipzig who could only score a reconciliation goal which ended the match with 4 – 1 scoreline.

Jadon Sancho started the scoring after netting the first goal, followed up by a solo goal from Erling Haaland to complete it 2-0 which ended the first half. Starting the second half saw Sancho net his second which was assisted by Reus.

However, RB-Leipzig looks as if they will fight back after scoring, making it 1-3 but Erling Haaland’s second goal dash their hopes of any comeback and was enough to see Dortmund through to their fifth DFB-Pokal Trophy.

Watch Haaland & Sancho highlight and reactions of below: