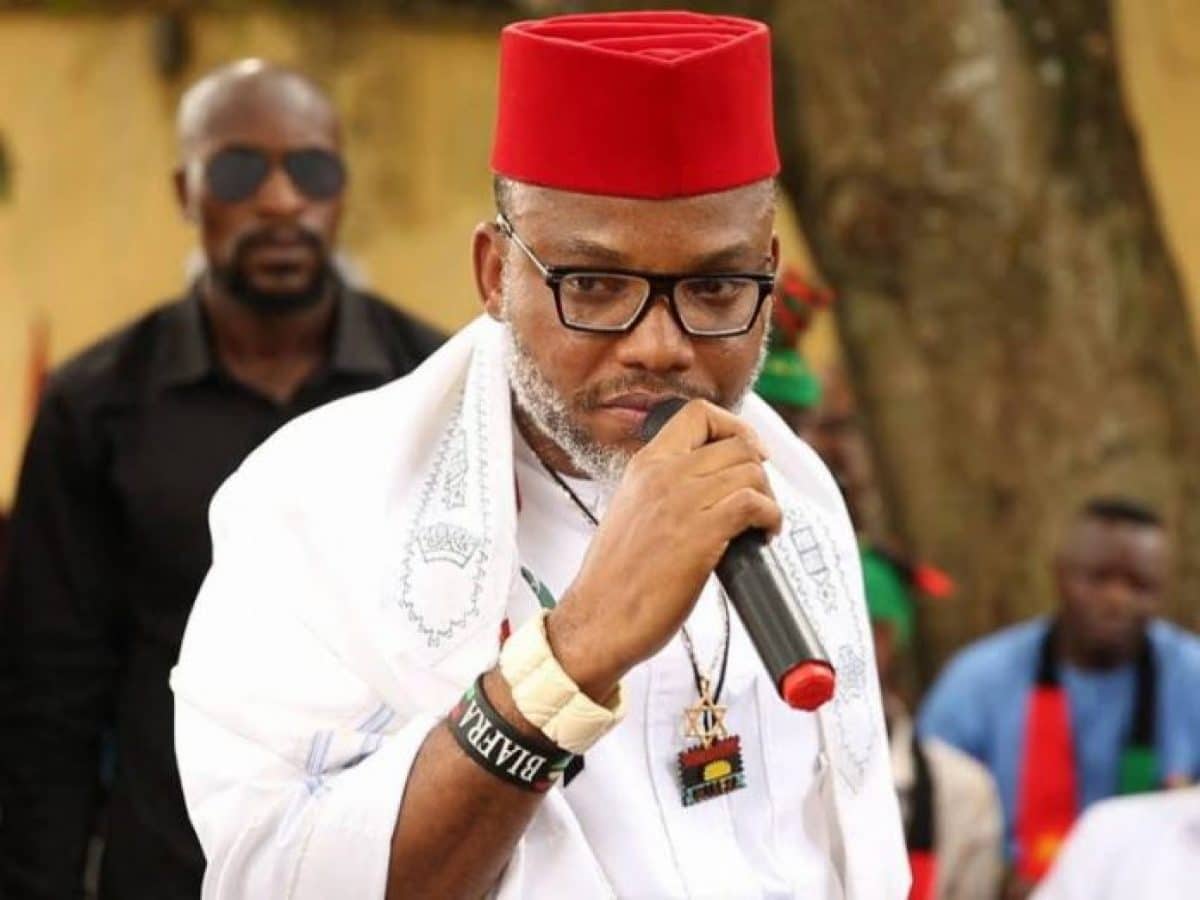 Leader of the proscribed Indigenous People of Biafra (IPOB), Mazi Nnamdi Kanu has come under attack by a coalition of South-East groups for his position on the establishment of a regional security outfit named Eastern Security Network (ESN).

The group in their submission said Kanu doesn’t represent the true interests of the region and is only out for personal gains.

They also condemned his attack on governors from the region whom he blamed for not supporting the regional security outfit he floated.

The IPOB leader in a statement on Sunday, 13th December signed by IPOB’s spokesman, Emma Powerful explained that the new security outfit was set up to protect the Eastern region and is modelled in the manner of the Amotekun in the Southwest and Miyetti Allah in the North.

The IPOB leader lamented that bandits and some other criminals are terrorizing their region, hence the need to set up ESN to protect the people and inhabitants of the region.

According to him, criminals and terrorists who have turned the region into their operating ground will be dealt with by the new security outfit

However, the move attracted criticisms from some South-East leaders and Governors of the region which prompted Kanu to release another statement through the IPOB spokesperson in which he said the Governors from the region are detached from the people, adding that with or without their support, the outfit will survive.

In a latest development, a coalition of South-East groups has denounced Kanu and the newly-formed security outfit, warning people of the region to be wary of his deceptive talks.

In their submission, they noted that Kanu wasn’t elected as a representative of the region and his actions might endanger the peace and unity of the Ndigbo.

They, therefore, warned him to desist from his action and urged the people of the region to support their constitutional leaders.

“We wish to strongly condemn Nnamdi Kanu’s threat to Southeast governors and local vigilantes following the governors’ opposition of his illegal activities in the region among which is his formation of a militia group to disturb the peace of our region.

“We call on our governors who are elected by the people to represent them not to be intimidated by Kanu’s threat. They should go all out against him by exposing him for what he is, for the betterment, peace and unity of Igbo land.

“It is not in the place of Kanu and IPOB to institute laws for the people of the South East but the functions of governors of the region who were elected constitutionally by their people to act in that regard.

“Kanu and his team do not mean well for Ndigbo. From all indications, it can be glaringly seen that his actions are for his personal benefits and not for the generality of Ndigbo as he tries desperately to portray,” their statement reads.

Meanwhile, the spokesman of the pan-Yoruba group, Afenifere, Yinka Odumakin, on Wednesday disclosed that the National Leader of the All Progressives Congress, Bola Tinubu, is not the main leader of the Yoruba people.

Odumakin stated this on Wednesday during an interview with Punch.

The Afenifere spokesperson further stated that the former Governor of Lagos State, Ekiti State Governor, Kayode Fayemi, or any non-Yoruba aspirant has not been endorsed for the 2023 presidency.

He added that the General Overseer of the Citadel Global Community Church in Lagos, Pastor Tunde Bakare, has not been endorsed by the group.

Zoom to compete with Google, Microsoft for email service