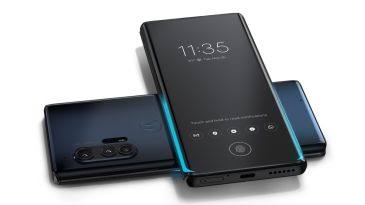 However, XDA Developers has revealed full specifications of the smartphone. The Motorola Edge Lite is expected to be a cheaper 5G phone with ‘Nairobi’ model number. As per the publication, the XT2075-1 is the model number of the Verizon version of the Edge Lite and on the other hand, the XT2075-3 is related to the global version of the phone. The Verizon model does not have a dedicated button for Google Assistant, but the international variant will include it.

The Motorola Edge Lite will be available in Prussian, Surfing Blue, Azury, and Soft White colors. The price of the phone is said to start at 399 euros (roughly 174,253,66 Naira).

The Motorola Edge Lite will run on the same chipset as the Motorola Edge-Snapdragon 765 SoC. 4GB or 6GB of LPDDR4x RAM will assist this chipset. The handset will likely debut in 64GB and 128GB storage options. The global edition of this device will be heading to markets like the Middle East, Japan, Lat America, and Europe.