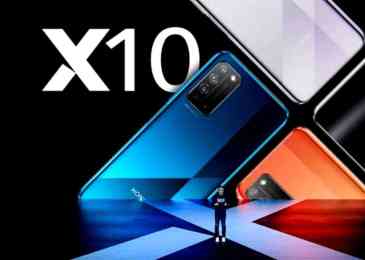 Huawei Horno 10 Max have been heavily rumoured to be launched on July 2, 2020, it is an addition to the Honor X10 series that includes the Honor X10 that was launched last month in China.

The specifications and design have been reportedly leaked on Chinese social media website Weibo. One of the leaks posted on the website states that the Honor X10 Max will be powered by the MediaTek Dimensity 800 5G SoC while the other leak shows an alleged live image of the phone.

Though, the display of the phone was removed in the image revealed, making it difficult to confirm reports that claimed the Honor X10 Max would feature a notch-less display. However, a closer look at the picture of the phone, it features a tear-drop notch on the screen.

The reports further claimed that the X10 Max would debut a pop-up selfie camera just like the Honor X10 5G that got announced last month and one of the color variant will be sky blue.

The smartphone could be powered by the same Kirin 820 5G chipset that drives the X10 5G. Considering the phone’s form factor and the fact that it will feature impressive specs, the phone will likely debut with a 5,000mAh or an even larger battery size with support for 22.5W fast charging. In terms of dimensions, the phone is said to measure 174.46×84.91×8.3mm and weigh 227 grams.