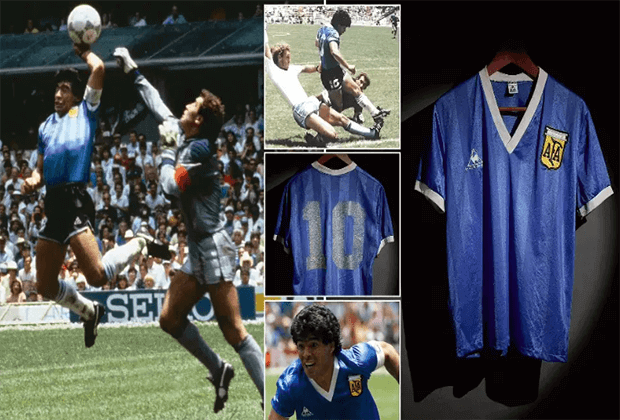 Flippstack gathered that the shirt worn by Diego Maradona when he scored two of the world’s most memorable goals, to knock England out of the 1986 World Cup, has been sold for £9m at auction.

During the quarter-final, the ball clearly hit the Argentina player‘s arm before nestling in the net for the first goal, which became known as the ‘Hand of God’.

The match also saw the footballing great, who died in 2020, score the “goal of the century” when he dribbled past a host of England players before netting against goalkeeper Peter Shilton in a 2-1 victory in Mexico City en route to his team winning the tournament.

The shirt, which has been on loan at the National Football Museum in Manchester since 2002 was auctioned at the rate of £4 million ($5m) and possibly as much as £6m ($8m).

The shirt was finally sold for £7,142,500 – marking a new auction record for an item of sports memorabilia, according to Sotheby’s.