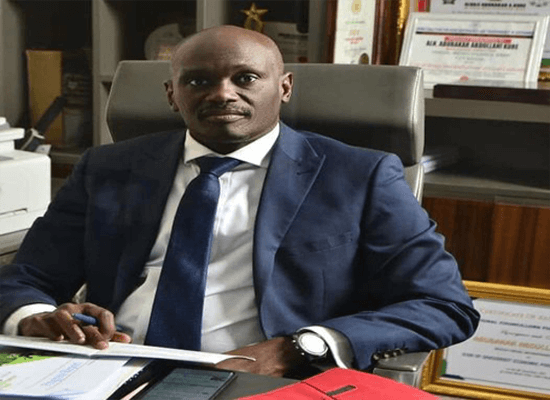 Flippstack reports that Nirsal Microfinance Bank has pledged to continue supporting SMEs and Sports in the country despite complaints from Loan applicants regarding lack of loan approval.

This was disclosed by the Managing Director of NIRSAL Microfinance Bank, Mr. Abubakar Kure, on Sunday, who stated that the bank would continue to support businesses to fast track the growth of Small and Medium Scale Enterprises (SMEs) in the country.

Kure said this in Abuja on the sideline of a novelty football match to mark the third year anniversary of the strategic bank.
He told the News Agency of Nigeria (NAN) that the bank will continue to work with relevant stakeholders to fast track the growth of SMEs across the country.
Kure said the novelty match was organized by the bank as part of activities to mark its third year anniversary and also to informally interact with members of staff.

“This event is for us to informally meet, know ourselves better, network, and also exercise with this novelty match, with the ultimate aim of improving our productivity,” he said.
According to him, the bank will also continue to encourage physical exercise and sports for all staff members to boost their mental alertness.
However, Mr. Darlington Lawson, Executive Director of the bank, Earlier, stated that the event had helped strengthen the camaraderie among its personnel.
He described the physical exercise as good for better health and productivity at work.
Mrs. Joy Nkwor, Director, Human Resources of the Bank said the event was an opportunity for the women to show their physical fitness on the field of play.
NAN reports that Nkwor had captained the female team to beat the male team 3-2 in an interesting novelty football match.

The Nigeria Incentive-Based Risk Sharing System for Agricultural Lending (NIRSAL MFB) was established in 2019 to stimulate the flow of affordable finance and investment in the agricultural value chain.