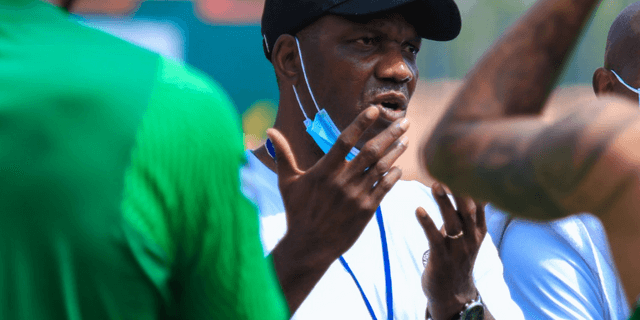 Following the defeat against Tunisia which saw Nigeria eliminated from the AFCON 2021 tournament, both players were blamed by most Nigerian fans.

Okoye conceded the only goal of the game, an effort most observers felt he should have saved before Iwobi was sent off for a tackle 15 minutes later.

After the game, fans went on social media to vent their frustrations, forcing Iwobi and Okoye to delete their accounts.

“People need to act responsibly and not turn their disappointments into hate speech and threats against some players.

“These players gave their everything and there is no way you can single them out for blame.

“Playing for Nigeria comes with a lot of pressure but you cannot bully, threaten or abuse someone for defending the honour of the country because you have access to social media. This is wrong and irresponsible,” Eguavoen told Al Jazeera.

Eguavoen, who was an interim coach at the AFCON, has since returned to his role at the NFF.