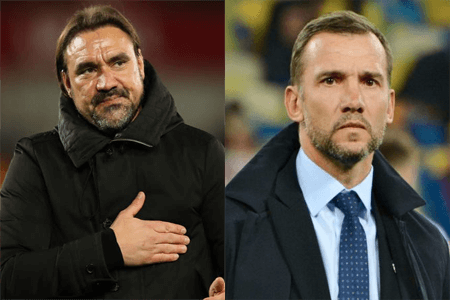 Norwich City has sacked head coach Daniel Farke as he has failed to impress the club after securing just 5points out of a possible 33points and leaving the club at the bottom of the league table.

Despite leading the team to their first English Premier League win of the season against Brentford, the club has decided to part ways with the German international.

Farke, who joined the club in 2017 and won two Championship titles in 2019 and 2021, had been under increasing pressure after his side failed to win any of their opening 10 league games this season. His backroom staff, Eddie Riemer, Chris Domogalla, and Christopher John, have all also left the club.

According to the club’s sporting director Stuart Webber stated:

“In continuing to demand the very best for our football club, this decision was not an easy one.

“I know how determined Daniel and his staff were to succeed at this level, but we feel that now is the right time for a change to give ourselves the best opportunity of retaining our Premier League status.

“All at Norwich City should be forever grateful to Daniel and his staff for the significant role they have played in our journey. They helped deliver two Championship titles, many memorable moments, and they all fully bought into our philosophy and what it means to be part of this football club.

“Daniel and his staff will always be welcome back here. I’d like to take this opportunity to thank them all for their hard work and wish them well for the future.

“It’s important that we now look forward. We have 27 league games remaining and a long way to go in the current season. We know we have the ability within our playing squad and staff to start picking up points and climbing the league table.”

Andriy Shevchenko in other news is set to take over as Genoa head coach after the club sacked their former coach Davide Ballardini due to a poor run of form.

The club thank the coach and his staff for their work, dedication, and passion after sacking the coach and are set to appoint Andriy Shevchenko on Monday as their new coach.

Andriy Shevchenko who has been out of a job since he resigned as Ukraine National Team coach after the Euro2020 tournament will be flying to Italy on Monday to sign as the new Genoa manager until June 2024.