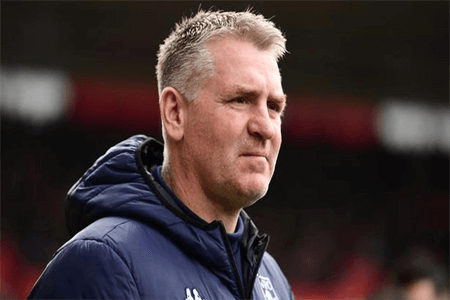 The club wasted no time in replacing Daniel Farke who was sacked before the international break due to a bad run of results which left his side at the bottom of the League after 11 matches in the new season.

England International, Frank Lampard was the favourite to take up the job until he pulled out of talks over the role last week, opening space for Norwich to go for another candidate.

Dean Smith,  who was sacked one week ago by Aston Villa returns back to management and will be looking to help Norwich City move out of the relegation zone.

According to Dean Smith on Norwich official website after being unveiled at Carrow Road on Monday stated:

“It has been a whirlwind seven days, but I’m really pleased to be back and working for Norwich City in the Premier League.

“Clearly, there has been some wonderful work that has gone into this football club over the last four and a half years. It is now the job of myself and Craig to continue and improve on that work with the ultimate aim of surviving in the Premier League.

“Norwich City is a big club, with a massive hardcore of supporters who are fully understanding in what it means to be part of the club and its community.

“From the age of 16, I’ve been working in football. I think in that time I’ve had four months out and didn’t enjoy it. It’s great to get straight back in with a club that is determined to be progressive.

“I was really impressed with the idea, structure and vision that is already in place at the club.”