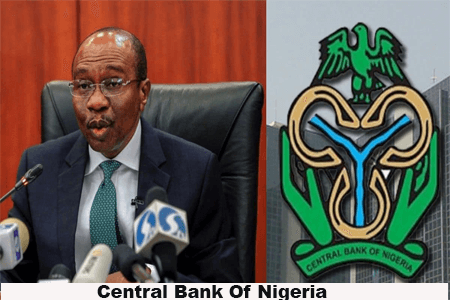 The interventions introduced to minimize the impact of COVID-19 on the economy represented about 3.5 percent of the country’s Gross Domestic Product.
The Central Bank Governor, Godwin Emefiele, disclosed this while making his presentation at the 30th annual conference organized by finance reporters in Lagos on Saturday.

Emefiele, who was represented by the bank’s Spokesperson, Mr. Osita Nwanisobi, said, “Given the above consequences of the COVID-19 pandemic on key economic variables, the CBN took a number of measures to mitigate the long-term effects on the growth prospects of the economy.

You may also want to read Forex Inflow Slumps by 59.8% – CBN Report

First, policy measures were introduced to restore stability in the economy by supporting households that have been severely affected by the pandemic.

“Also, targeted interventions were introduced to support critical sectors, such as agriculture, manufacturing, energy, and health.

“Cumulatively, the bank’s intervention efforts represented about 3.5 percent of the GDP.”

He explained that the policy measures included a cumulative reduction of the monetary policy rate from 13.5 percent to 11.5 percent between May and September 2021 in order to spur lending to the economy and support the current recovery of output growth; Reduction of the interest rate on CBN intervention loans from nine to five percent; and a one-year extension of the moratorium on principal repayments for CBN intervention facilities.

According to him, it also included regulatory forbearance granted to banks to restructure loans given to sectors that were severely affected by the pandemic; Strengthening of the Loan to Deposit ratio policy, which had resulted in a significant rise in loans provided by financial institutions to banking customers; and creation of the Targeted Credit Facility to support affected households and businesses through the NIRSAL Microfinance Bank.

Given the success of the programme and its positive impact on domestic consumption, he said, the seed capital for the intervention was increased to N400bn, so as to accommodate more beneficiaries and boost consumer expenditure which should positively impact output growth.

How To Easily Earn N500k Monthly by Writing Content

How To Apply And Pay For Nigerian Passport Online (Full Guide)