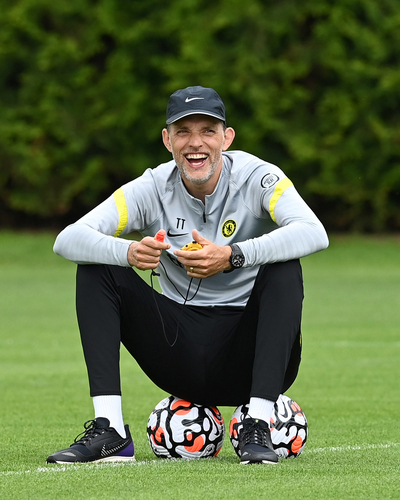 Welcome to Flippstack, we have compiled all the latest Chelsea news and transfer update making the headlines for today in order to keep our Chelsea audience updated.

Chelsea Duo Returns To Training Ahead of Arsenal & Tottenham Clash

Chelsea defenders, Cesar Azpilicueta and Andreas Christensen are back in training following their involvement in the Euro 2020 which saw both players crash out in the Semi-final of the tournament.

After joining their teammates, Both players had a light training and will be hoping to get some time in their Pre-season final matches against Arsenal & Tottenham which will be held on 1st & 4th August respectively.

Chelsea is still negotiating with Sevilla for the signature of Jules Kounde. The Spanish club is reluctant to let their highly-rated defender leave the club below €80 million (£68m/$95m) despite Zouma’s inclusion in the deal.

Although Kounde wants Chelsea move but he is tied to a contract with Sevilla through to 2024 and will not be running that deal down any time soon. Hopefully, Chelsea and Sevilla will come to an agreement in few days to come.

The Technical Director of RB Leipzig has discussed on Chelsea Haaland chase, stating Chelsea would not be making a mistake if they went all out for Erling Haaland.

According to his interview with SportBILD, he stated:

‘When I look at the market and see who I would spend that much money on,’ Vivell said. ‘He would probably be one of the two.

‘If you can secure him now and pay that much for him, you are not making a mistake because he’s still so young.’

The Norwegian sensational striker scored 41 goals in 41 games last season and will be a good addition to the Chelsea attack which is currently lacking a top striker quality.

‘On top of that, you have him under contract for five years and Haaland is already guaranteed something then,’ he added.

‘If he stays injury-free, he can dominate the next 10 to 12 years like Cristiano Ronaldo.’

Chelsea young midfielder, Gallagher has completed a season-long loan move to Crystal Palace,  where he will be spending the rest of the 2021/2022 Premier League season.

This marks his second loan spell in the EPL after spending last season with WestBrom where he made 32 appearances and scored two goals in the process.

The 21-year-old will be meeting some familiar faces such as his  Chelsea Academy teammate, Marc Guehi who recently joined Crystal Palace on a permanent deal this month.

Gallagher will be looking forward to continuing his development with the Eagles and hope one day he will make a stand at Chelsea.

Chelsea young Ian Maatsen has completed a season-long loan move to Championship side Coventry City, where he will be spending the 2021/2022 season.

The Netherland International spent last season on loan in League One at Chalton Athletic where he made 35 appearances and the club narrowly missed out on a place in the play-offs.

He will continue his development at Coventry City and will be hoping to be a member of the Chelsea first-team in the nearest future.