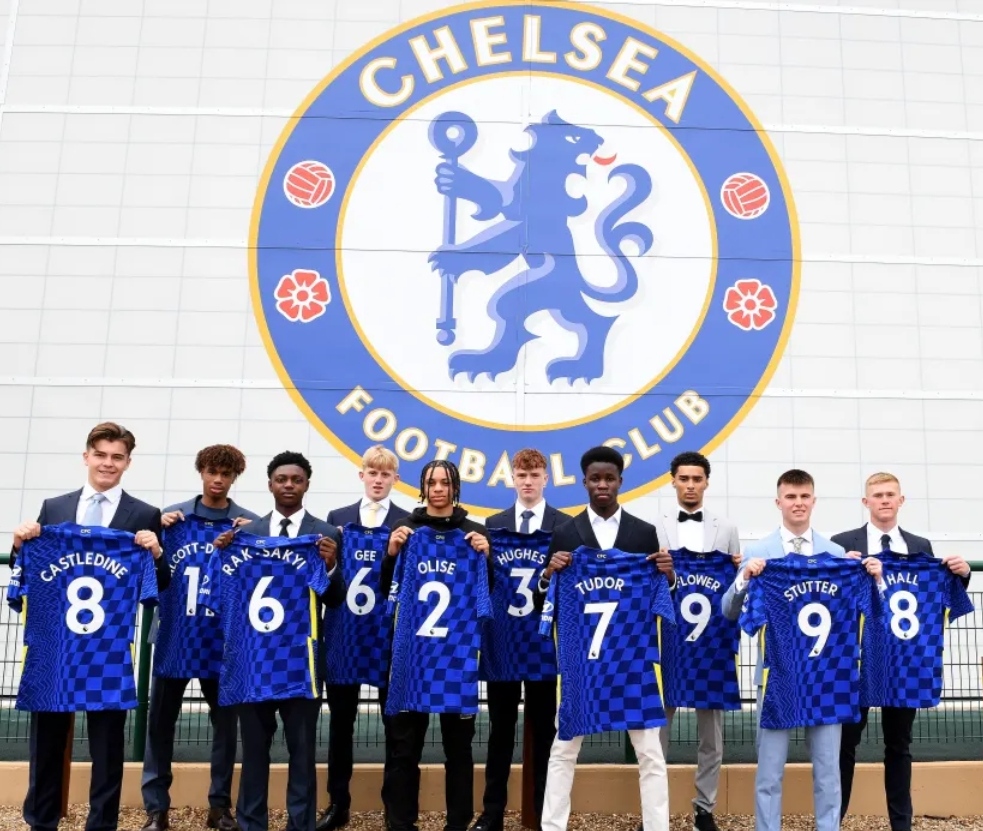 Welcome to Flippstack, today’s Chelsea latest transfer news, ten academy graduades signed a new contract ahead of the 2021/22 season. In this article, we will be walking through all this 10 players.

Louis Flower joined the Chelsea academy as an Under-13 from his local side Cambridge United. He is tall and a strong forward, he is also capable of operating from the left or in the centre and has an eye for goal.

Leo Castledine has represented England at Under-15 and Under-16 since joining Chelsea academy at Under-15 from AFC Wimbledon.

Leo plays the role of an attacking midfielder and has the ability to play box-to-box, create and score goals.

Brodi Hughes joined Chelsea since he was eight from the club’s development centre programme. He has represented England at the Under-17 level, he is a central defender who also like playing as a full-back or central midfielder.

Lewis Hall also joined Chelsea Academy through the club’s development centre programme and have been a member of the club since his Under-8.

He have represented England during his Under-15 and Under-16 seasons. He is a natural left-footed central midfield player.

Richard Olise joined Chelsea Academy through the club’s development centre and registered at the Academy as an Under-9. He is a full-back, has the ability to attack abd defend. He has been involved with England up to Under-16 level.

Tudor Mendel-Idowu is a natural left-footed attacking footballer. He joined the club since his Under-8 season, first registering for the Academy as an Under-9. He has been involved in England camps at Under-15 level.

Samuel Rak-Sakyi is a central midfield player, he has been a part of the Chelsea Academy since he was an eight-year-old. He has very good technique and game awareness for his age and has been involved with England Under-16s.

Zain has represented England at  the Under-16 level, he  is an attacker who can play in a number of positions with his favoured right foot.

He made his Chelsea Under-18s debut last season while still a schoolboy during the 4-0 win away at West Ham in January 2021.

Ronnie Stutter joined Chelsea from West Ham after his Under-14 season. is. He is striker who loves scoring goals. He has England recognition and recently captained the Under-16s during a 2021 summer camp.

Billy joined Chelsea through the club’s development centre programme and has been with the blues since his Under-8 year. He plays as a central midfielder. He has been involved with England and scored his first goal for the Under-16s during a recent get-together.