Welcome to Flippstack. We have compiled all the latest transfer update to give you insight of what is happening in the transfer market this morning.

The Gunners have reached agreement with Benfica for the signing of Nuno Tavares. The deal which was disclosed last two days is now set to be completed as both teams have agreed on €8m fee + add ons.

Personal terms to be signed, contract will be until June 2026 and agents fee agreed. Paperworks still to be signed/completed. 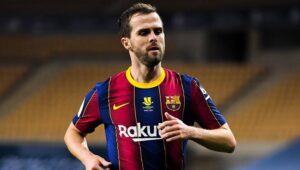 Chelsea are weighing a loan move for Barcelona’s Midfielder Miralem Pjanic according to Le 10 Sport.

But they will be rivaled by PSG who also wants the Midfield Maestro on a temporary contract but it all boils down to Barca, if they will be willing to let him go.

It is now official and confirmed. Fernandinho has signed a new one year contract extension with Manchester City which will see him stay with the club until June 2022.

It is the decision of Pep Guardiola to keep him for more one year, despite proposals from South America. 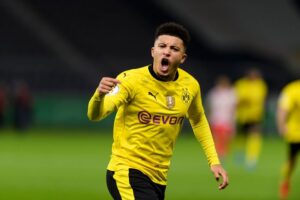 Both clubs working on payment structure in order to complete the agreement in the next few days. Still details to be fixed, then it’ll be done.

According to report, there is interest from Arsenal but no official bid yet. French clubs also looking at Onana as ‘option’.

Fenerbahçe could sell Diego Perotti in the next days. Talks ongoing with Genoa – Perotti wants to come back to Serie A.