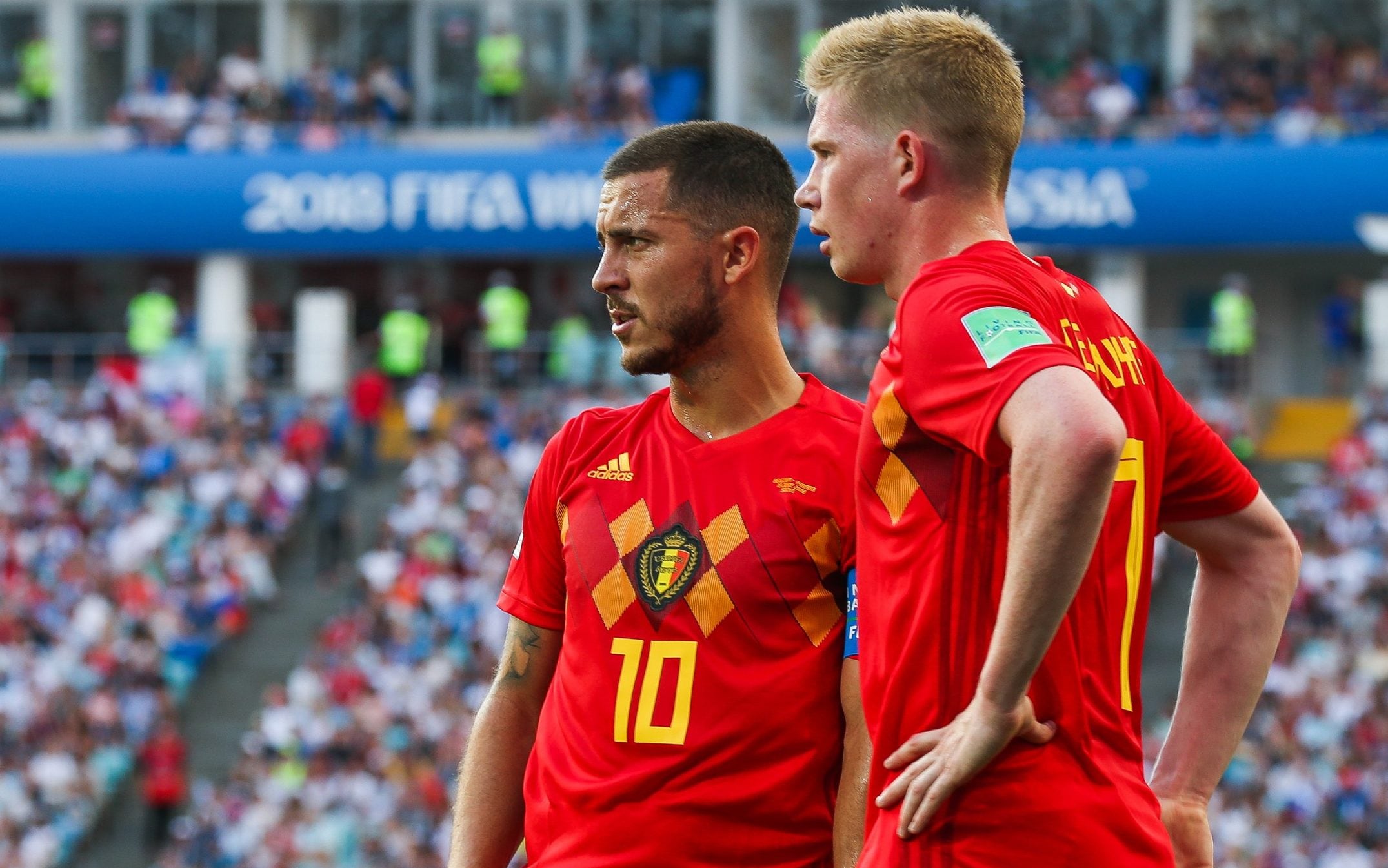 Both Eden Hazard and Kelvin Debruyne were injured during  their match against Portugal on Sunday which later saw them progress to the Quarter final with a 1-0 win, courtesy of Thorgan Hazard’s goal.

The Belgium head coach, Roberto Martinez gave an injury update regarding the two players, which he stated that both players are likely to miss their next match against Italy on Friday.

The Red Devils boss made it known that it will be “very difficult” for a prized duo to return to full fitness in time for their next Euro 2020 outing.

“The initial information that we have from medical staff is positive for both, they will remain with the squad and they have no structural damage,” Martinez said during his latest press conference.

“But we are running up against time and it is very difficult to see them fully fit. So, we have to take it day by day to try and get them fit.

“We were all a bit concerned before we got the news from the scans and it was a relief to all that we can now work on trying to get them fit again.”

Belgium are in a good position to win the Euro 2020 especially seeing Netherlands, Portugal and France eliminated in the Round of 16. Their biggest obstacle remains Italy which they will be playing on Friday. A win against Italy will see them play either Spain or Switzerland.