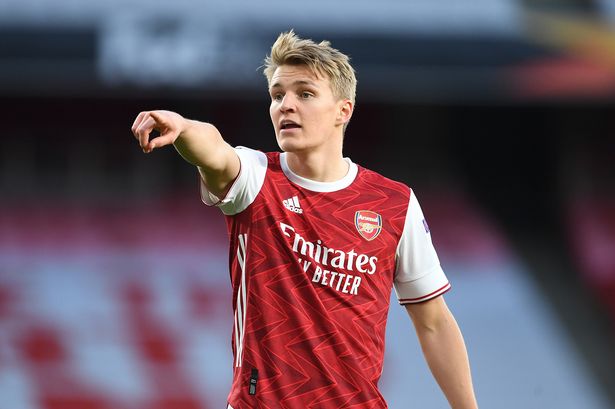 Swedish billionaire Daniel Ek will launch another Arsenal takeover bid, with the Spotify CEO prepared to offer more than £2BN after his £1.8bn proposals were rejected by the Kroenke family last month. it’s believed that an extra £300million may well test Kroenkes’ resolve, despite an insistence that the club is not for sale.

The Arsenal golden boy of the just concluded 2020/2021 season Emile Smith Rowe is ready to sign a new contract extension with Arsenal until June 2026 – just the last details left to be completed. This comes after a breakthrough season where the youngster spearheaded Arsenal’s Central attacking role with some flash of brilliance and football excellence.  The Club has decided to reward him with a new improved deal to tie him down before other big clubs come calling.

Arsenal is keen on Leipzig’s 22-year-old US international Tyler Adams. One of the appealing factors about Adams is that he can play both as a right-back & central midfielder which makes him a good fit for Arteta’s ‘inverted’ system on that flank. With Bellerin set to depart the Emirates, the right-back role now need serious reinforcement.

It has been confirmed that The once-future of Arsenal’s midfield Matteo Guendouzi will be a Marseille player soon. It’s said that the French club has shown much interest in the young star and is ready to match Arsenal’s value for him. But the deal is not expected to be a straightforward one as Arsenal will exercise the option to renew his contract for an extra year & then loan him to Marseille for one season with a mandatory buy-clause for €10m.

Arsenal Willing To Sell Granit Xhaka To As Roma

CONFIRMED
Granit Xhaka has agreed on a five-year contract with Roma. The fee is expected to be in the region of €18-20m. He’ll become a Roma player very soon. It comes as a surprise to many because the player played a big role in the just-concluded season. Asides from Nicholas Pepe, no other Arsenal player made more appearances than Granite Xhaka.

Arsenal is expected to begin talks with Real Madrid officials this week over a deal for Martin Ødegaard, once one or two sales get a bit closer to completion. It appears that €54m (£46.6m) is what Real Madrid value the Norwegian at. It seems Mikael Arteta was impressed with the midfielder’s performance during his 6 months loan stint with the club

Bellerin And Emery To Unite At Villarreal?

It’s said that Villarreal has submitted an official offer to Arsenal for Hector Bellerin. Unai Emery wants to bring the player to Villareal as a part of his squad overhaul and improvement. The club would need a serious reinforcement to mount a serious LA Liga and Champions League title challenge.

Ceballos: Arteta Is The Real Deal But I Have To Go

Dani Ceballos to ellarguero: “Arteta is a coach who I am sure will be one of the best in the world in the next few years, but I would like to return to the Spanish league.” thank you Dani, and of course you are right Spain is best for you and us.