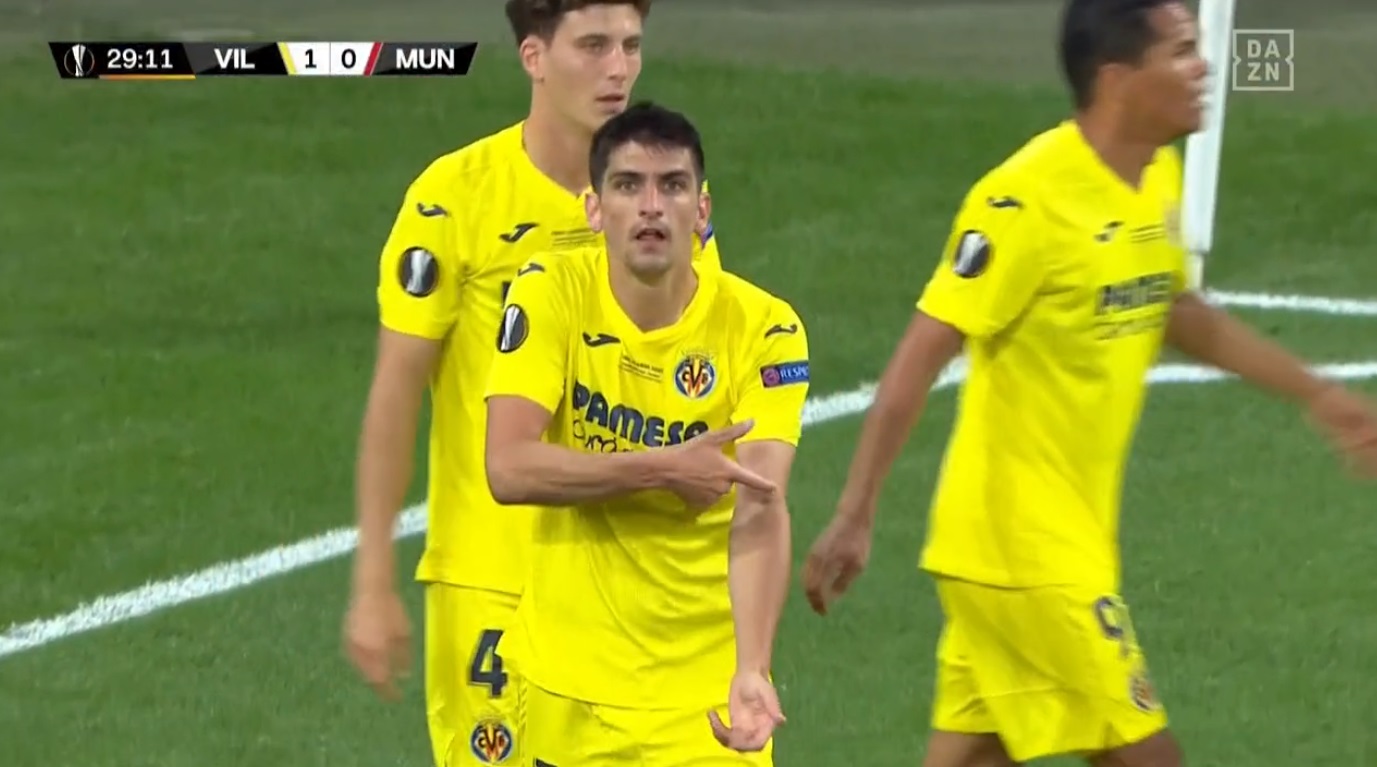 The Spanish Striker scored in the 29th minutes of the match against Manchester United in the  Europa  Leaughe did a vaccine-themed celebration.

This was as a result of his promise he kept to a Spanish television show when he did a vaccine-themed celebration after scoring against Manchester United.

He also paid tribute to healthcare workers during his celebration while also highlighting the importance of vaccination against Covid-19.

“It’s fine although UEFA does a lot of anti-doping control, let’s see if they will think I’m doping,” Moreno joked after making his promise.

The goal also saw the spanish international reach the 30-goal milestone for the 2020-21 campaign.