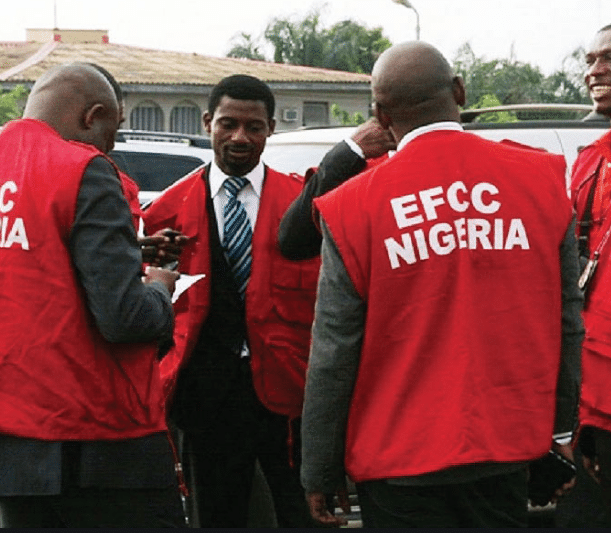 Five internet fraudsters were on Wednesday, March 17, 2021 convicted and jailed by the Federal High Court sitting in Ibadan, Oyo State.

The court presided over by Justice Patricia Ajoku found the culprits guilty of the charge of criminal impersonation contrary to Section 22(2)(b)(ii) of the Cybercrime (Prohibition, Prevention, ETC.) Act, 2015 and punishable under Section 22 (2) (b) of the same Act.

They pleaded guilty to their respective charges in line with the conditions of the plea bargain agreement with the Commission.

Based on their pleas, prosecution counsel, Ben Ubi and Chidi Okoli invited Umara Uyah, Nafiu Sa’ad and Usman Babangida Mohammed to review the facts of the case as witnesses.

Their sentence however takes effect from their dates of arrest, Naija News understands.

The convicts are to restitute sundry sums to their victims and also forfeit the items recovered from them to the Federal Government of Nigeria.

Meanwhile, operatives of the Independent Corrupt Practices and Other Related Offences Commission (ICPC) have arrested the former Registrar of the Joint Admission and Matriculation Board (JAMB), Professor Dibu Ojerinde.

Naija News reports that the former JAMB CEO was arrested on Monday, March 15, 2021, in Abuja, has been detained at the headquarters of the commission in Abuja.

He was arrested for allegedly misappropriating N900 million and committing multiple frauds during his time as the head of JAMB and the National Examination Council (NECO).

Ojerinde is been interrogated for allegations of multiple identities, abuse of office, money laundering, tax evasion, and making false statements to public officials.