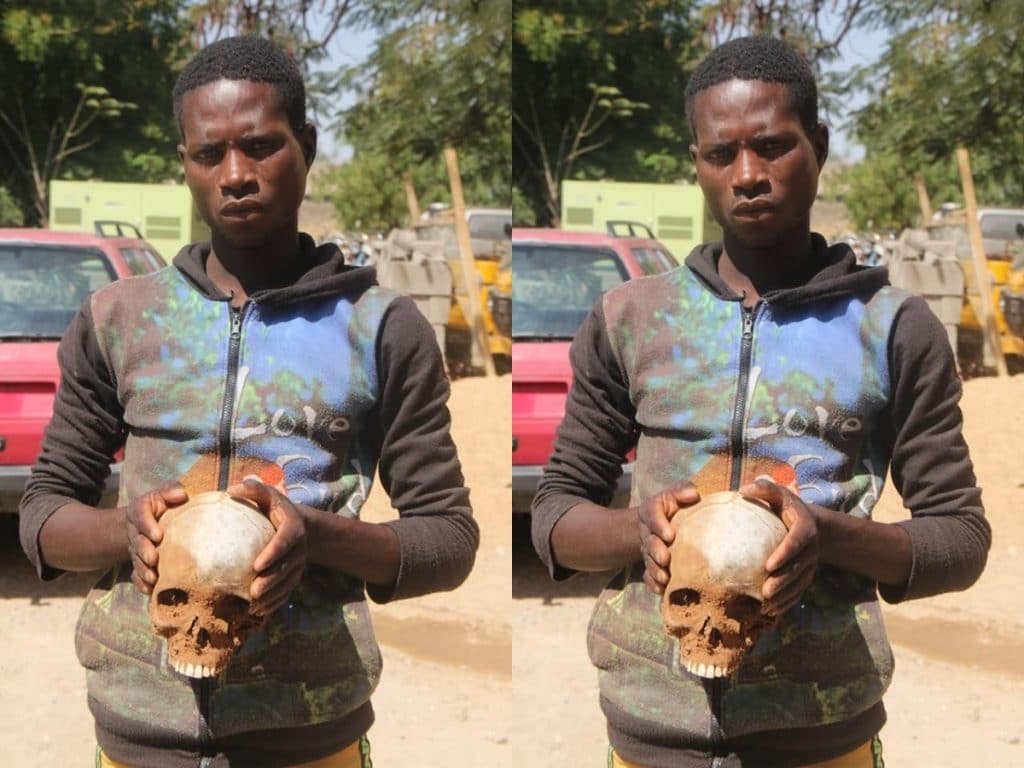 The Bauchi State Command of the Nigeria Police Force has confirmed the arrest of one Musa Hamza, 27, for allegedly killing a young boy in his neighbourhood.

The police reported that the suspect had swindled Adamu Ibrahim into a nearby bush in their community, beheaded him and allegedly plucked out his two eyeballs.

Hamza was said to have burnt the remain of the 17-year-old boy, buried the body separately from the head and went away with the two eyeballs to use for money rituals.

Confirming the disturbing incident on Monday, January 4, 2021, spokesperson of the command, DSP Ahmed Mohammed Wakil, said the suspect was nabbed by detectives of Alkaleri Divisional Police Headquarters at Unguwar wake, a community in the Alkaleri Local Government Area on December 21, 2020.

He said: “Musa Hamza lured Adamu Ibrahim, of the same address, into the outskirt of the village forest and killed him with a stick. He beheaded the head from the body, forcefully gouged out the two eyes, burnt the body/head and buried them separately in a shallow grave located in the nearby bush,”

Wakil added that “during the investigation, all the buried human parts were exhumed and taken to General Hospital Alkaleri for medical examination where the medical doctor certified the corpse death.”

The police spokesperson revealed further that the suspect has admitted to the crime, noting that he was asked by a ritualist to bring the eyes for a ritual to enable him to be rich.

Naija News understands that the police were able to recover the two eyes plucked out, a Knife, one mp3 player, one pair of rubber shoe, one lighter from the criminal.