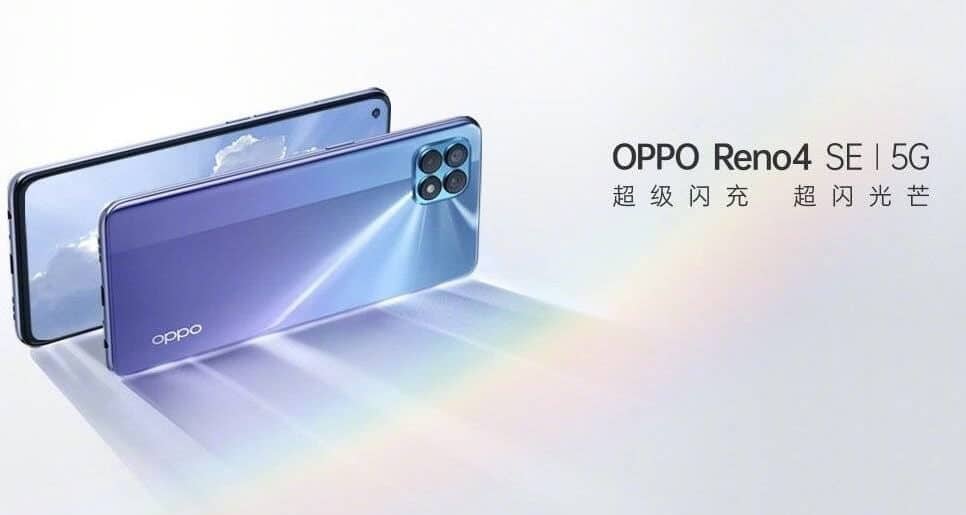 Oppo has confirmed that their incoming device Oppo Reno 4 SE would debut on September 21.

It will come with a triple rear camera housed in a squared-shape module. The triple camera will consists of a 48MP primary camera, 8MP camera and a 2MP camera. The camera setup will also be accompanied with a LED flash.

On the display, we will see a 6.43-inches AMOLED FHD+ display that has a punch-hole that houses the 32MP selfie camera. It is rumoured to feature Dimensity 720 chipset.

It will be powered with 4,300mAh battery, which has support for 65W fast charging mechanism. The smartphone will be available in three different colours which includes super flash white, super flash blue, and super flash black.

The pricing aspect is not yet clear for now but will update you as soon as we get the information.