iTel A47 Price and Full Specifications 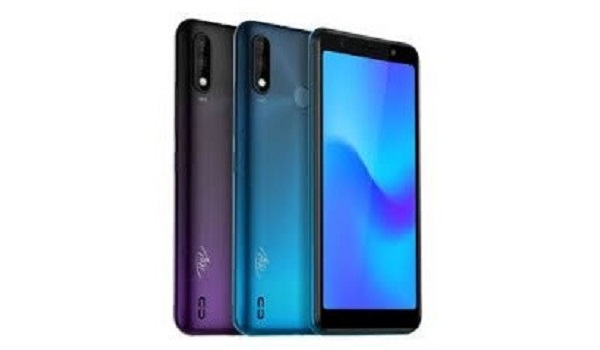 iTel smartphones are known for their affordability in terms of price, same as the iTel A47. It comes with a pretty cool dual cameras and a 5.5-inch screen size. Will be discussing on the specs and price of iTel A47 in this article.

The iTel A47 features a dual rear camera setup of 5-megapixel main camera and a 0.3-megapixel sensor. The dual camera setup is accompanied with a LED flash and can shoot 720p videos at 30fps. On the front it comes with a 5-megapixel.

The iTel A47 comes with a plastic back and front glass design. It comes in two different colours which include: shades- Purple and Gradation Blue.

On the back, it houses a quad camera setup placed horizontally with a LED flash at the right hand side and on the middle is a fingerprint scanner accompanied with an itel branded logo at the bottom side which indicates it’s an itel smartphone.

Going to the front, it comes with a 5.5-inch screen size which has a scratch resistant protection glass. The screen has a resolution of 480 x 960 pixels and an 18:9 aspect ratio. 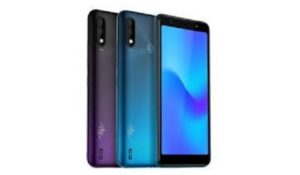 The smartphone comes with UniSoC Spreadtrum SC7731E and a quad-core processor that has a clock speed of 1.3GHz. It has ARM Mali T820 MP1 graphics.

On the storage, it comes with 2GB RAM and 32GB internal storage which has a storage expansion option via microSD card for up to 32GB.

On the software, it runs Android 9.0 Pie operating system which is supported with the itel’s user interface.

The iTel A47 is powered with 3,020mAh Removable Li-Ion battery that promises to last long when fully charged.