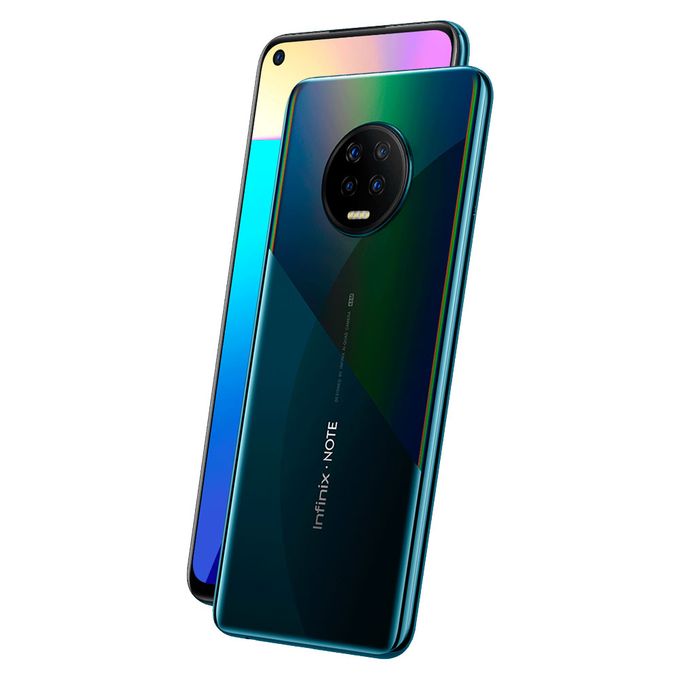 The Infinix Note 7 features an amazing quad-camera setup on the rear which is a big upgrade to the Note 6 that has triple camera on the rear.

For the front camera, it comes with a single 16MP selfie camera which is capable of shooting 1080p videos at 30fps.

It features a glass front and plastic body design and it comes in three different colours which includes: Forest Green, Aether Black and Bolivia Blue.

The device houses a quad camera at the back and below it, we have the Infinix Note tag, which indicates it’s an Infinix Note series smartphone.

The device is powered with a massive 5000 mAh Non-Removable Li-Po Battery which promises to last long when fully charged. It also has 18w fast charge.